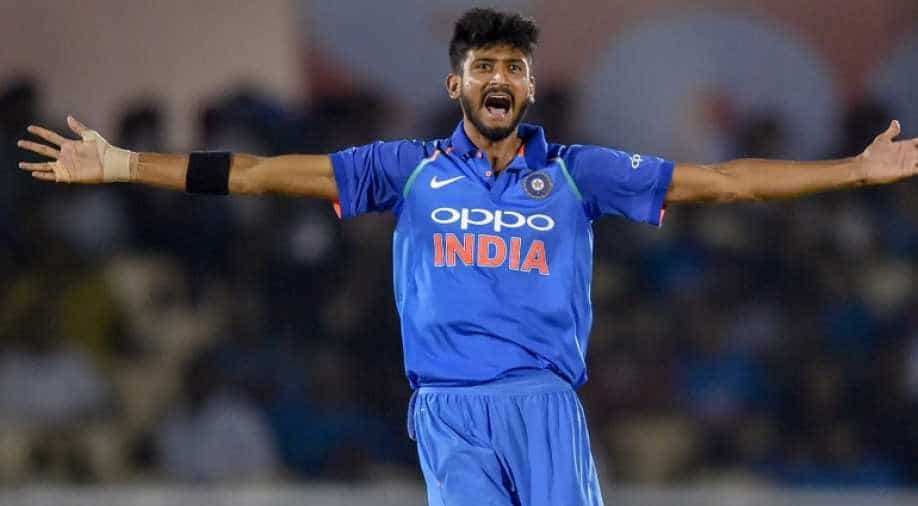 Khaleel Ahmed, a 20-year-old left-arm pacer who has earned praise from the likes of Zaheer Khan and Rahul Dravid, scalped three crucial wickets to power India to 224-run victory over West Indies in the 4th ODI on Monday.

Windies star batsman Shimron Hetmyer, Marlon Samuels and Rovman Powell were the wickets he clinched in the five overs he bowled, giving just 13 runs, bringing the economy to 2.60, something which cannot be ignored.

The out and out fast bowler had played in the Quadrangular trophy for India A where he picked up seven wickets in four matches, including 3/45 against South Africa A in Bengaluru.

Prior to that, Khaleel played five List-A matches for India A in England and impressed with eight wickets.

Son of a compounder, Khaleel hails from the small town of Tonk in Rajasthan.

With 12 wickets in three innings, including 3/29 against Sri Lanka in the final of the Tri-Nation Under-19s tournament in Colombo, he broke into India’s Under-19 World Cup squad in 2016.

It was the same year where he was picked up by the IPL franchise Delhi, where his association began with the then coach of the franchise Rahul Dravid.

In two years, Khaleel’s development has impressed Dravid to an extent that he feels the left-arm pacer can be part of India’s bench-strength and a potential candidate for the World Cup in England next year.

Khaleel actually came into light after he was bought for a whopping amount of Rs 3 crore by another IPL franchise Hyderabad on the first day of Indian Premier League (IPL) auctions.

He moved to Hyderabad this year but played just one match and went wicketless.

Ahmed's father used to hate cricket and even tried to dissuade him from playing, however, his then coach Imtiyaz Khan, played a big part in convincing Khaleel's father to let him continue playing.

Within a short span, Khaleel has earned him a place for himself but it will be his consistency that will earn him the chance to bowl in 2019 World Cup.