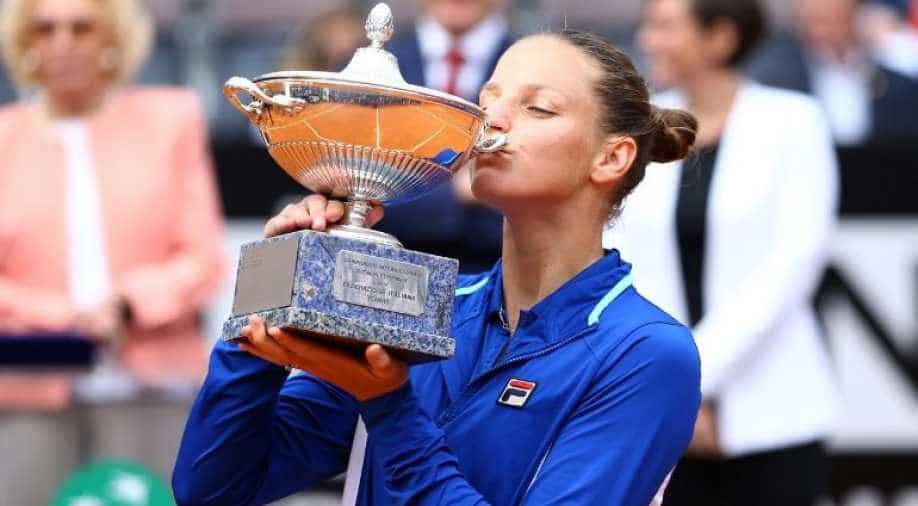 Karolina Pliskova ended Johanna Konta's hopes of landing a first claycourt title with a 6-3, 6-4 victory in the Italian Open final on Sunday.

The Czech world number seven did not drop a single service game as she secured the third clay title of her career and her first in Rome in one hour 25 minutes.

However, she struggled to trouble the Czech on serve as Pliskova recorded her seventh win in eight meetings with Konta.

The result means Pliskova will be the number two seed at the French Open later this month as she will move to second place in the world rankings on Monday.

"I was a little bit nervous today, it’s a final so you have to be. Jo played great tennis so she made it quite tough for me," the Czech said.

Asked about her prospects at Roland Garros, she said: “I just hope I can take the tennis I was playing here to Paris and we’ll see.

"I think there will be a chance for me if I play this way but there’s going to be some tough opponents who are playing good tennis on clay."

Konta was broken in her opening service game before saving a set point at 5-2, but Pliskova served out the first set after the Briton failed to take advantage of the only break point she was afforded in the match at 5-3.

Pliskova missed a break point in Konta's opening service game of the second set but eventually broke the 28-year-old at 3-3 before holding serve to secure victory.

Konta remained upbeat, saying: “I’m pleased with how I’ve been progressing this year and how I’ve been improving with every match.

“To make it to a final here, this is my second biggest final after Miami, this is a big moment for me.”