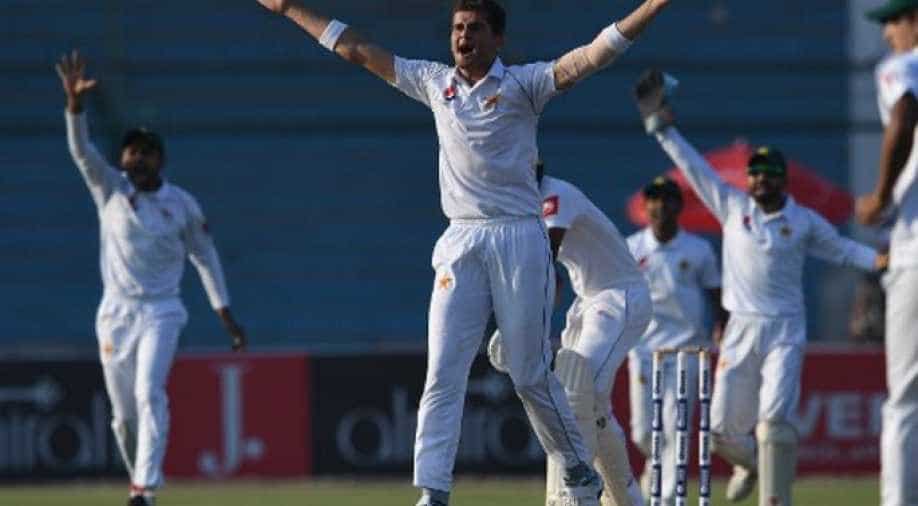 Sri Lanka did not find batting easy when they took to the field for their first innings either.

The second Test between Pakistan and Sri Lanka in Karachi hangs in balance after a dramatic opening day saw the fall of 13 wickets.

Pakistan captain Azhar Ali had no hesitation in opting to bat first on a wicket that looked green but has traditionally been a batting paradise.

Vishwa Fernando struck twice in the seventh over to give the Sri Lankans an early lift.

Babar Azam and Abid Ali then stitched together a promising 55-run stand but it was ended by Lahiru Kumara sending back Ali for 38.

Half-centuries from Babar Azam and Asad Shafique were the only positives for Pakistan in a shoddy batting display and once they were dismissed, the rest followed in a heap.

Left-arm spinner Lasith Embuldeniya and Kumara picked up four wickets each as Pakistan were skittled out for just 191 at the start of the final session.

Sri Lanka did not find batting easy when they took to the field for their first innings either.

Shaheen Shah Afridi and Mohd Abbas troubled the batsmen constantly by getting the ball to swing and were able to dismiss Oshada Fernando, captain Dimuth Karunaratne and Kusal Mendis before stumps leaving the Lankans on 64 for 3 and trailing by 127 runs.