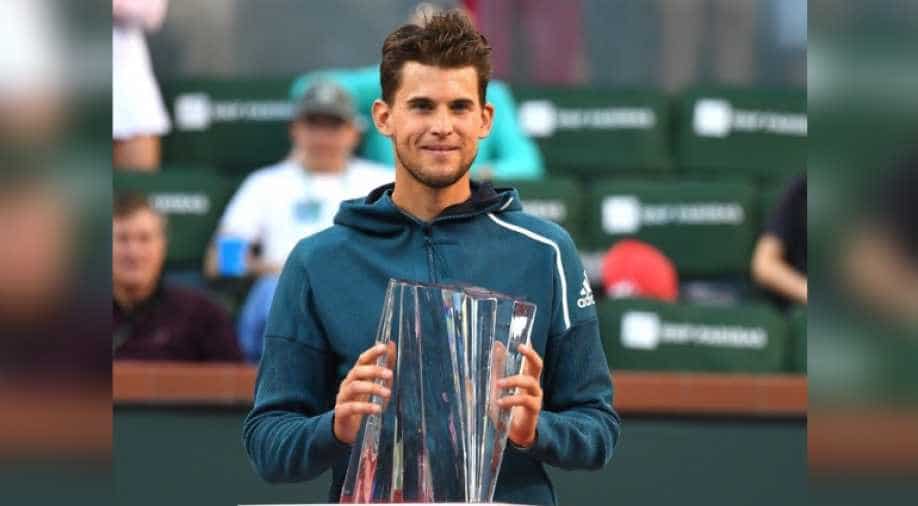 'I mean for me it's unreal,' said Thiem after winning the match.

Austrian tennis player Thiem claimed his first Masters 1000 title after coming from a set down to defeat Federer 3-6, 6-3, 7-5 in BNP Paribas Open on Sunday.

The 25-year-old Thiem fell on his back and covered his face with his hands when Federer netted on match point.

"I mean for me it's unreal," said Thiem after winning the match.

"I was in the whole match in the zone. I mean, I enjoyed every second of it and I think I had to get used to Roger (Federer) game because in the first set he was playing amazing and completely different than my opponents before in this tournament," Thiem said.

"I was struggling a little bit but then I was fighting my way into the match."

"I got also a little bit lucky when I saved his break point early in the second set and then I think it was a very good match until the end and the last games were amazing and of course I was a little bit on nerve to serve it out," he added.

That feeling of winning your first #ATPMasters1000 title! 🏆

Congrats on winning the #BNPPO19, @ThiemDomi! 👏

Thiem had lost in his previous two ATP Masters 1000 finals.

But the 25-year-old Austrian's solid serve held up against Federer as it had throughout the tournament.