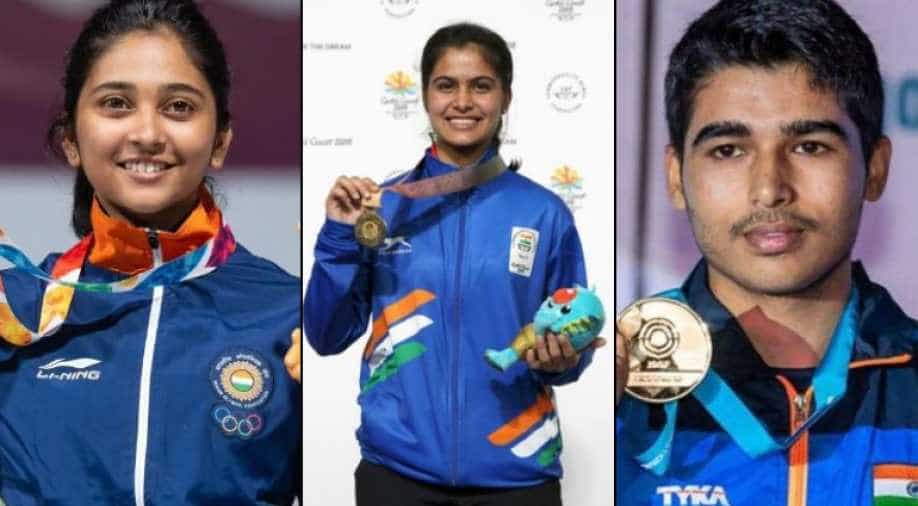 Currently, India are on the top of the table with three golds and one bronze followed by China.

Manu Bhaker, Elavenil Valarivan and Divyansh Panwar brought much pride to India on Thursday by winning three golds in the ISSF World Cup Final. This is the first time in the tournament's history that the Indian team won three golds in a single day.

Currently, India are on the top of the table with three golds and one bronze followed by China.

Bhaker finished with a score of 244.7 to notch up top prize in the prestigious event of ISSF. In the same event, another Indian Yashaswini Singh Deswal came sixth. Serbia's Zorana Arunovic won silver and Quian Wang of China bagged bronze with scores of 241.9 and 221.8 respectively in women's 10m air pistol event.

Later in the day, Divyansh, who finished third in the qualifiers, bagged gold with a score of 250.1 in a neck and neck fight with Hungary's Istvan Peni (250). Slovakia's Patrik Jany secured bronze with 228.4 points.