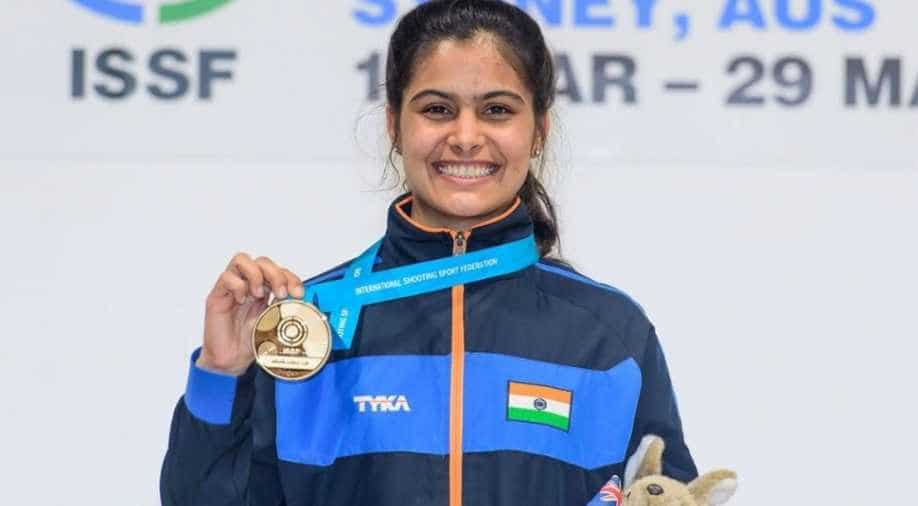 The 16-year-old did a double on the day, winning the Team Gold in the event as well with compatriots Devanshi Rana, who missed out on an individual medal after being placed fourth in the final, and Mahima Turhi Agrawal to end an amazing month for herself and extend a golden six month or so period of excellent performances.

She then traversed across the globe via India to faraway shoot this Gold in the Junior World Cup.

This comes after the Asian Championships silver last year in Japan to secure a Youth Olympics quota for her country and nine Golds at the Shooting Nationals, all in the span of six months.

On Saturday, the day four of the Junior World Cup, Manu qualified second with a score of 570 behind a Thai girl who was in great form throughout the day- Kanyakom Hirunphoem was a clear six points at the top with 576.

Also, Kanyakom, even though still a junior, was far more experienced than Manu, having represented her country in the Asian Games at Incheon, way back in 2014.She shot off the blocks very strong in the final as well and appeared to be peaking just at the right time, when she edged ahead of Manu at the end of the 20th shot of the 24-shot final.

The duo was well clear of the chasing pack of six from the very onset of the final. At the end of the 22nd shot, Kanyakom was a point clear of Manu and had 0.9 to defend on the last shot. Manu shot a 9.8 while Kanyakom faltered with a 7.9 to seal the deal for the Indian champion.

After briefly being in contention for the Bronze, India`s Devanshi Rana finished fourth with a finals score of 195.3.