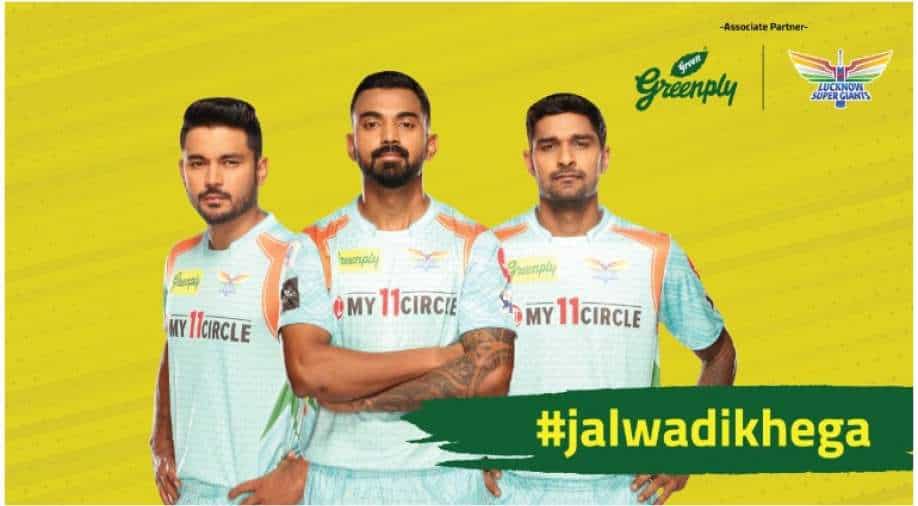 Greenply and Lucknow Super Giants collaborate on a cricket cheer anthem Photograph:( Others )

The cheer anthem, named “Jalwa Dikhega”, encapsulates the true spirit of Uttar Pradesh and their love for cricket.

Greenply Industries Limited is one of India’s top interior infrastructure companies, providing a range of plywood, veneers, and other allied products. They recently collaborated with the IPL team Lucknow Super Giants to create a cricket anthem that captures the soul of the game.

Lucknow Super Giants is the first IPL team that hails from Uttar Pradesh. Greenply joined hands with the team to become their official associate partners. The Super Giants will sport a flashing logo of the company on their jersey to commemorate their alliance and partnership.

Greenply also plans on hosting a 360-degree campaign across all digital and social media platforms throughout the duration of the Indian Premier League. Along with this, their trade and influencer partners will be treated with a curated selection of online games to generate more engagement.

Mr Sandhiya Mittal, JMD of Greenply Industries Limited commented on the association saying, “The on-ground activation will help to bring alive the regional pride amongst our audience and help us connect with the audience at large.”

Greenply is a well-recognized brand throughout India, with its presence spread across 28 states. Its collaboration with Lucknow Super Giants will help the team gain popularity and the social media initiatives will surely create the buzz needed for the team to succeed in the IPL.

Disclaimer- This is sponsored content. WION doesn't endorse or evaluate the advertised product, service, or company nor any of the claims made.