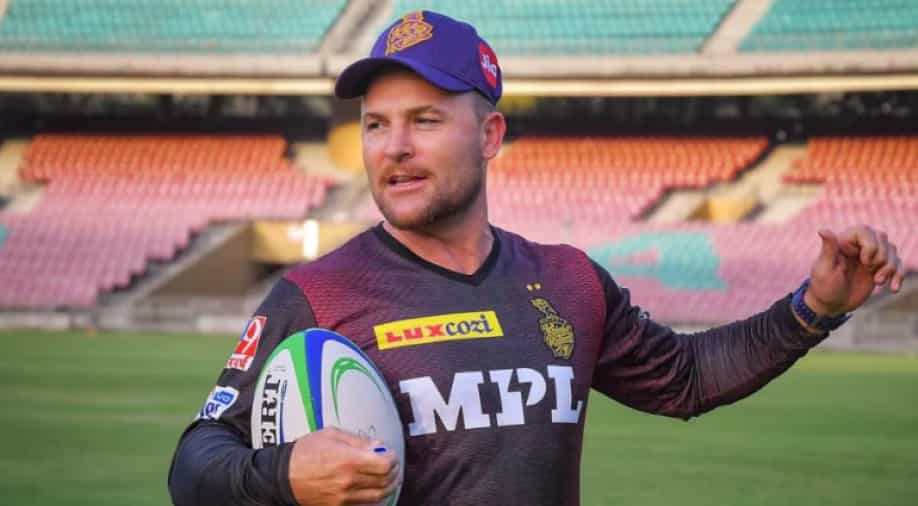 After the Kolkata Knight Riders' defeat against Punjab Kings, their head coach Brendon Mccullum praised the skipper Eoin Morgan for his captainship however also said that Morgan needs to perform at the batting front as well

After suffering a five-wicket loss against Punjab Kings in the Indian Premier League (IPL) 2021, Kolkata Knight Riders' head coach Brendon Mccullum said that his side would definitely want some more runs from skipper Eoin Morgan in the upcoming matches.

KL Rahul and Mayank Agarwal played knocks of 67 and 40 respectively as Punjab Kings defeated KKR by five wickets with three balls to spare. Shahrukh Khan also scored 22 runs off just nine balls to help Rahul`s side get over the line.

"Morgan is one of our senior players and he is one of our international batters. As captain also, in his own head he would have liked to contribute a lot more runs. Actually, I think he has captained the side really well tactically. We want some more runs from him no doubt in that, you need runs from your overseas batters. Look, I am confident that he will come right," said McCullum while replying to an ANI query on Morgan's form during a virtual post-match press conference.

Also Read : MS Dhoni knows Suresh Raina isn't performing well but he wouldn't replace him with someone else: Virender Sehwag

"We played a great game, Punjab Kings deserved to win because they seized the key moments. I still felt we had a chance in the game, with two overs to go, Punjab Kings were in the score exactly we were in our innings. It was touch and go, small margins in this game and it did not go our way against Punjab," he added.

"Venkatesh Iyer is definitely an all-rounder. It is not just his cricketing ability, it is his mindset and cricketing brain. He has a great perspective on the sport and he is a guy with huge ambitions, he has a great future as a genuine all-rounder. I think he is one of those cricketers who is going to get better and better. I think what he has done so far shows he belongs at this level.

"When asked about the controversial catch of KL Rahul that was given not-out in the penultimate over, McCullum said: "We have played enough cricket to know that they can go either way. If they go your way, you feel content with it and if it goes the other side, you understand it and wish it had gone your way. I certainly do not think that was the losing or winning of the game."

"That was a fabulous effort by Rahul Tripathi. We dropped a few catches but a lot of them were difficult. That is one area we can improve," he added.KKR will next square off against SunRisers Hyderabad on Sunday here at the Dubai International Stadium.