MS Dhoni knows Suresh Raina isn't performing well but he wouldn't replace him with someone else: Virender Sehwag 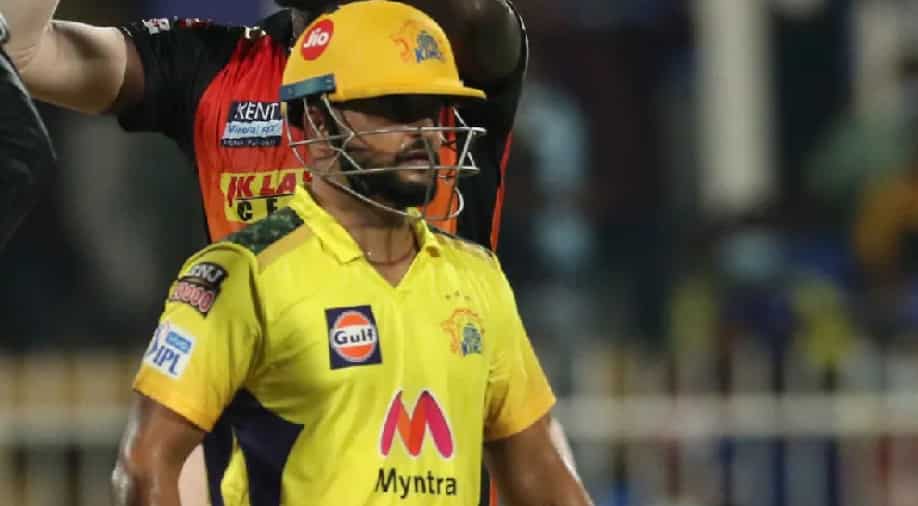 Chennai Super Kings (CSK) are enjoying a stellar run in the UAE leg of IPL 2021. However, there are a number of concerns for the table-toppers ahead of the playoffs. CSK became the first team to make it to the playoffs this season with a win over Sunrisers Hyderabad (SRH) in their last game.

They still have three games left to play and will be hoping to finish in the top two. Ahead of the playoffs, Suresh Raina's form is a huge concern for the MS Dhoni-ed side. While captain Dhoni has himself struggled to score runs consistently this season, Raina too has endured a disastrous campaign with the bat.

The veteran left-hander, who is CSK's leading run-getter of all-time, has so far managed only 157 runs in 11 matches this season. However, former India opener Virender Sehwag believes CSK skipper Dhoni will not be concerned about Raina's batting order and will not replace him with someone else.

“I don’t think Dhoni would have any doubts about Raina’s batting order. The captain knows very well that the latter isn’t performing well. But he wouldn’t think about replacing Raina with someone else. He knows his team’s batting line-up has depth - till Shardul Thakur. So, he won’t worry about Raina’s batting position,” Sehwag said on Cricbuzz after CSK's 6-wicket win over Sunrisers Hyderabad on Thursday.

In the game against SRH, Raina came out to bat at no.4 ahead of Ambati Rayudu and Dhoni but couldn't make an impact as he was dismissed on 2 off 3 balls. Sehwag believes the left-hander has enough experience behind him and should focus on playing the balls rather than looking to score runs quickly.

“Dhoni didn’t come up in the order but sent Raina ahead of him. But the latter played a rash shot and lost his wicket. MS will surely want Raina to score some runs before competing in the playoffs. Sometimes players keep on trying but couldn’t score and Suresh Raina must keep the process on. But he is that kind of a player who might score directly in the playoffs because he has ample experience with him," said Sehwag.

“He loves to play this format and I think, there will be one game when he will get runs and he must wait for that. Till then, he must go for playing the balls instead of scoring runs,” he added.