IPL 2020: Sehwag slams KXIP star and questions franchise for going after him 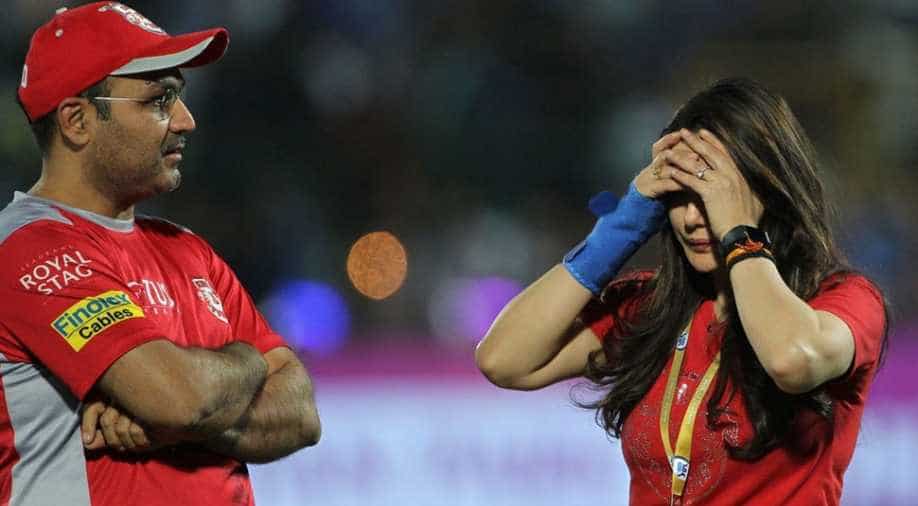 Former Indian opener Virender Sehwag lashed out at the Aussie and even questioned the franchises wanting the player.

Glen Maxwell is being dubbed as the most expensive flop in this year's Indian Premier League. The Aussie all-rounder has failed to impress the crowd with both bat and ball.

Also read: 'He is somebody who disappoints': Kevin Pietersen lashes out at young Indian batsman

Former Indian opener Virender Sehwag lashed out at the Aussie and even questioned the franchises wanting the player.

In an interview with Cricbuzz, Sehwag said: "Don’t know what sort of a platform Glenn Maxwell needs to explode. He came in early (against Sunrisers Hyderabad) after Punjab lost two batsmen quickly. A lot of overs were left this time, but he failed. Earlier, he didn’t have pressure (batting in the death overs in previous matches), yet he got out without performing."

"I can’t quite understand his mindset because it’s been the same story every year. He gets sold in the auction for a hefty price but the result remains the same. Yet, people (franchises) run after him. This is something I don’t understand. In the next auction, I think his price will drop from 10 crores to somewhere around Rs. 1-2 crores which is what it should be. It has to be kept in mind that he scored his last half-century in 2016."

Maxwell has had a disastrous season. He scored 1, 5, 13, 11, 11* and 7 in last six matches. Former England captain Kevin Pietersen has called for his axing from the Playing XI, while ex-India left-arm Spinner Pragyan Ojha feels Gayle will replace him in the next match.