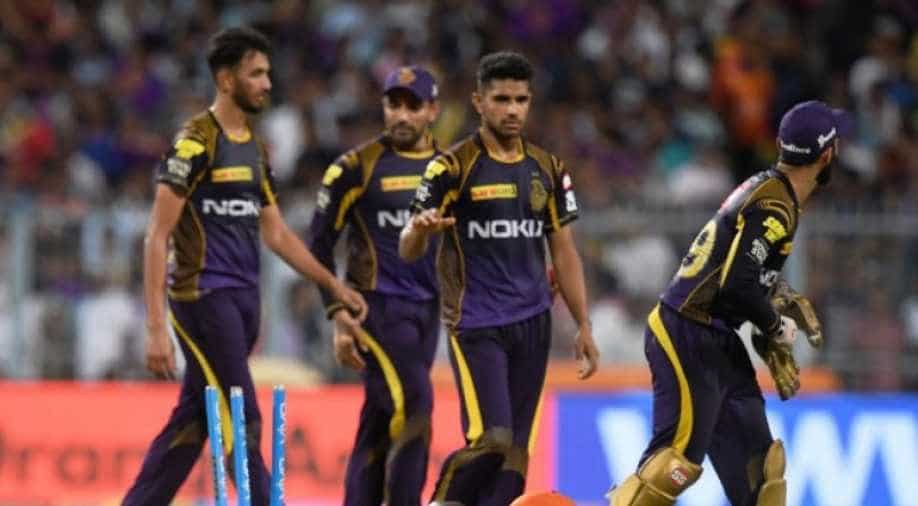 Dinesh Karthik led Kolkata to a third-place finish following their loss to Hyderabad in the second eliminator last year.

From MS Dhoni's tactic to Jasprit Bumrah's yorkers, from Virat Kohli's strategy to Kuldeep Yadav's googlies, from Steve Smith's desperation to show his footwork to Andre Russell's sixers, the 12th edition of Indian Premier League will be all these and much more.

Two-time champions Kolkata will play all their Indian Premier League home matches at the Eden Gardens despite West Bengal going into polls during all seven phases of general elections, which is an advantage for the team as playing at home is always thrilling.

Skipper Dinesh Karthik led Kolkata to a third-place finish following their loss to Hyderabad in the second eliminator last year.

Karthik, who scored 3401 runs so far in the IPL including 16 half-centuries, will look to make most of the IPL opportunity to get the selectors' attention.

Kolkata have roped in Carlos Brathwaite to go alongside Andre Russell, Sunil Narine as they would look to reinforce their batting firepower with Chris Lynn.

Spin sensation Kuldeep Yadav along with Sunil Naraine will be key men in Kolkata's bowling department.

Both Kuldeep and Sunil have taken 17 wickets in the previous season.

Narine's action was found to be suspect a multiple times and had to undertake corrective measures under Crowe, who is now a part of Knights' set-up.

Narine has been one of the chief architects behind the KKR's success in the Indian Premier League in 2012 and 2014 editions.

Crowe said the spin talents in Kolkata's armoury will pose a big threat to the opposition.

"Expectations are always good. You always want pressure. I think we have three good spinners who are proven performers. Great to have KC (Cariappa) joining us. He is in good form."

On papers, the Kolkata team looks balanced having efficient players in both the department. The bench comprises of young guns like Shubman Gill and Shivam Mavi.

Here is the squad: