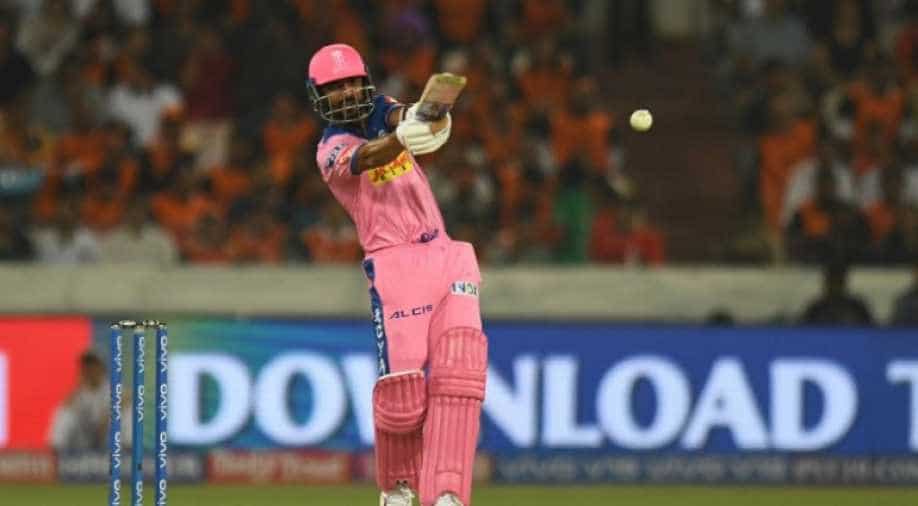 In total, this is Rahane's second IPL hundred and first of this season.

In total, this is Rahane's second IPL hundred and first of this season.

Rahane reached the three digit mark in just 58 balls with a double off Ishant Sharma.

He has hit 11 fours and three sixes during his innings so far. the opener ended being not out fo 105 runs in 63 balls.

Rahane's knock came close on the heels of him being replaced by Steve Smith as Rajasthan skipper.

The Australian batsman had in fact been made the skipper last year but he had to make way for Rahane in the wake of Australia’s ball-tampering scandal.

Rahane's lone 100 for Rajasthan before this game came against the Bangalore in 2012 when he racked up 103 off 60 balls including 12 fours and five sixes.