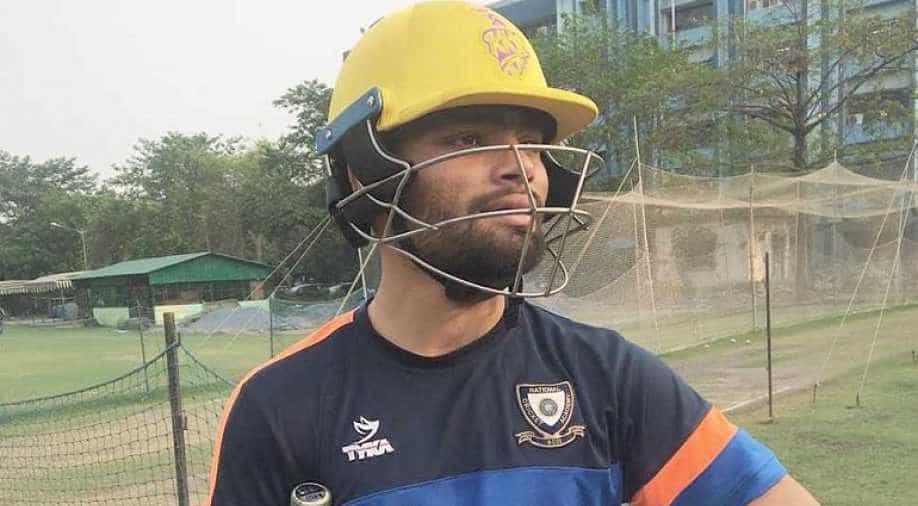 The last ten years of Indian Premier League (IPL) has given us some amazing rags-to-riches stories.

First played in 2008, the cash-rich tournament was never a welcome idea by many prominent cricketing personalities, but with every edition, the love for the league has only seen an upward scale.

As the XIth edition of the tournament is set to commence from April 7, here's another story of a passionate cricketer, who despite all odds managed to prove his skill and merit.

His name is Rinku Singh - son of an LPG cylinder delivery man.

The 20-year-old from Aligarh was sold to Kolkata Knight Riders (KKR) for Rs 80 lakh - four times his base price of Rs 20 lakh.

This is not the first time Rinku has been picked by a franchise as he was bought by the Kings XI Punjab for his base price of Rs 10 lakh in 2017.

The left-hander lives with his family of nine inside an LPG Company compound.

While one of his five brothers drives an auto-rickshaw, another works at a tuition centre. His 16-year-old brother Jeetu also plays cricket.

Talking about his cricketing career, Rinku has represented Uttar Pradesh in all three formats of the game since making his T20 debut during the Syed Mushtaq Ali Trophy tournament in 2014.

He shot to fame when he smashed 154 runs in a match at Agra, drawing early attention to his talent.

He reinforced his abilities in 2014 during the Vijay Hazare Trophy, where he hit 206 and 154 runs in two matches.

He finally made it to the UP Ranji Trophy team in 2016 and recently played in Delhi.

The young player idols Suresh Raina and wants to emulate his inside-out shot.

Rinku next received a pair of gloves and bat gifted by Raina during their first interaction on the sidelines of his domestic debut.

Definitely, Rinku's journey to SRK’s team is an achievement which will inspire many aspiring cricketers of his age.