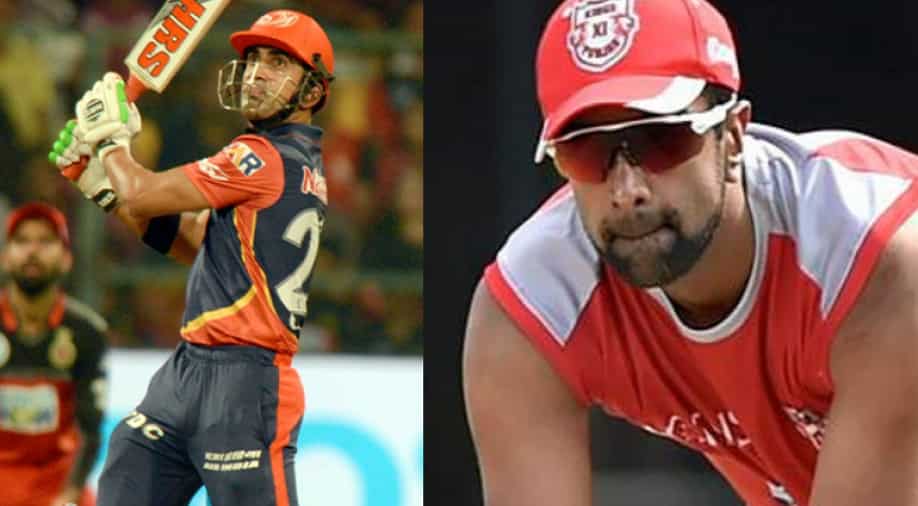 The two teams will face each other for the second time in this year's IPL. Photograph:( PTI )

Delhi and Punjab will be facing each other for the second time in this year's IPL and Gautam Gambhir will be in no mood to let R Ashwin-led side to win the second game against them.

Their previous encounter was won by Punjab by 6 wickets. But, today's game will be a lot more different than the previous one as Punjab has Chris Gayle on board.

The Jamaican cricketer has been in terrific form and smashed one century and two half-centuries in a total of three games he has played.

The inclusion of Chris Gayle has turned out to be a masterstroke, with the left-hander already among the top run-getters this season.

KL Rahul too has an amazing record against Delhi. He slammed fastest ever IPL fifty in their previous encounter and is expected to play an innings of that sort today also.

Ashwin's captaincy has been a breath of fresh air, while the performances of the likes of Lokesh Rahul, Mujeeb Zadran and Karun Nair have given their camp plenty to cheer about.

As the match will be played in Delhi, Yuvraj Singh is expected to come out of his poor form and score well for his team.

Delhi, on the other hand, was defeated by Bangalore after AB de Villiers smashed a 39-ball 90 to seal the match.

In batting, Shreyas Iyer and Rishab pant made half-centuries each to save their team from early losses and help them set a decent target.

Gautam Gambhir will surely be the player to watch out for in today's game.

The bowling line is in good form but have a find a way to stop Gayle storm.

So overall, Delhi is expected to come out strong against Punjab in today's encounter at Feroz Shah Kotla in Delhi