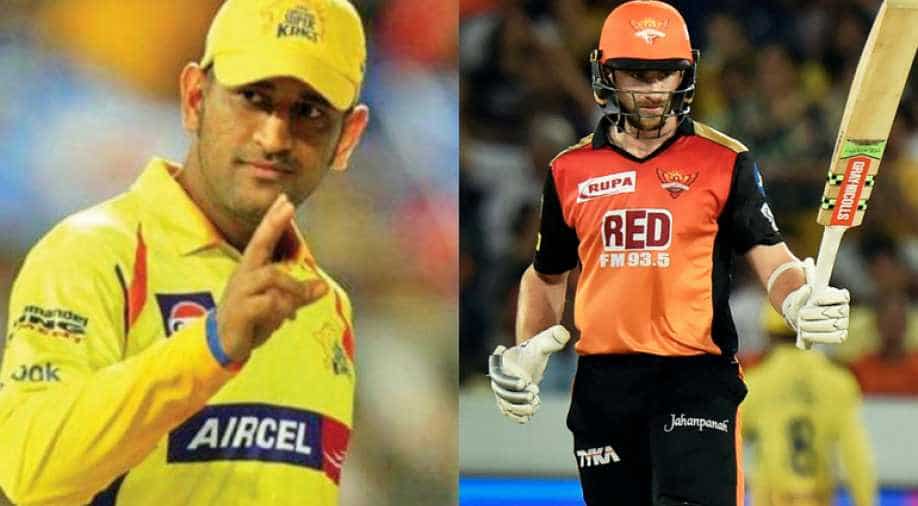 After suffering a setback from Rajasthan in their last match, Chennai will host table-toppers Hyderabad at the Maharashtra Cricket Association Stadium in Pune, on Saturday

The Yellow Brigade was defeated by five wickets when they faced Rajasthan at Sawai Mansingh Stadium, Jaipur.

After beginning the eleventh season in cracking fashion, they have lost three games out of their last five and more often than not, it's the bowling that has let them down.

So far, batsmen are the major reason behind Chennai's success as they have been in top form this season, however, death-over bowling still remains a concern for the franchise.

Most of the batsmen - Ambati Rayudu, Australian Shane Watson, West Indian Dwayne Bravo and Suresh Raina, have contributed whenever the team needed.

Rayudu has batted well both as an opener and at number four, amassing 435 runs from 11 innings.

With 393 runs from 10 innings, Dhoni has also shown glimpses of the past.

Left-arm spinner Ravindra Jadeja, who struggled in the first half of the league, emerged with a match-winning figure of 3/18 against Royal Challengers Bangalore.

The pace attack will once again rely on Lungi Ngidi, David Willey and Shardul Thakur.

Hyderabad, on the other hand, have already sealed a playoff berth and will be eyeing another win to consolidate their position.

The Kane Williamson-led side is currently in red-hot form. In their last encounter, Hyderabad hammered Delhi by nine wickets while chasing a massive total of 188 runs.

The orange army is capable of putting huge totals as well as defending low scores.

Overall, its Hyderabad's bowling unit led by the overseas spin twins - Afghan Rashid Khan and Bangladeshi Shakib Al Hasan - who have been instrumental till now.

The spinners have been well supported by the pace department led by fit-again Bhuvneshwar Kumar and young Siddharth Kaul.

Their batting mainly centres around the skipper -- Williamson -- who has repeatedly dug them out of troubled waters, scoring six half-centuries so far in this season.

Opener Shikhar Dhawan, who struggled for runs earlier, got back his touch against Delhi, smashing a 50-ball unbeaten 92, laced with nine fours and four sixes.

However, Alex Hales and Manish Pandey need to shoulder the responsibility in case Williamson fails to deliver.

Overall, it will be another edge of the seat match for fans when the top two teams of the cash-rich league square-off in a crucial tie.