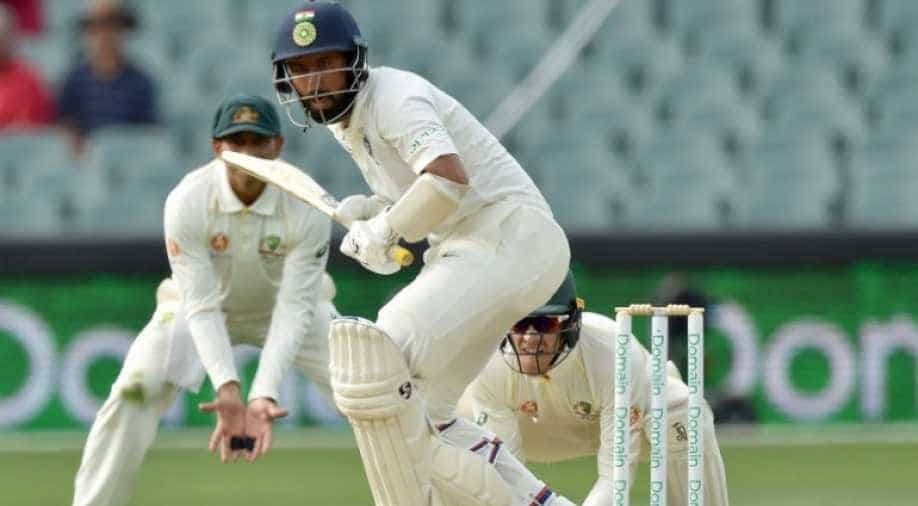 Cheteshwar Pujara, who slammed a century in the first innings, will resume the game tomorrow along with number five batsman Ajinkya Rahane.

Cheteshwar Pujara and Virat Kohli thwarted Australia in a diligent partnership to push India to a position of strength and a 166-run lead at the close of day three of the first test on Saturday.

Josh Hazlewood had Lokesh Rahul caught behind for 44 after pace spearhead Starc dismissed Murali Vijay for 18 to end a 63-run opening stand at Adelaide Oval, after the home side were bowled out for 235 in the rain-hit first session.

Virat Kohli lost his wicket after scoring 34 runs playing at a strike rate of 32,69.

Cheteshwar Pujara, who slammed a century in the first innings, will resume the game tomorrow along with number five batsman Ajinkya Rahane.

India finish the third day of the opening Test on 151/3, a lead of 166 runs, in Adelaide. #AUSvIND SCORECARD ⬇️https://t.co/sCMk42uzZC pic.twitter.com/zmV1EiXx6L

Protecting India's first innings total of 250, Kohli's bowlers did well to carve out an initial 15-run lead, getting through Australia's final three wickets for the cost of 44 runs after the home side resumed on 191 for seven following a rain-delayed start.

India seamer Mohammed Shami was on a hat-trick after claiming the final two wickets of batsman Travis Head (72) and number 11 Josh Hazlewood (0) in successive balls.

Starc was the first wicket to fall, caught behind off seamer Jasprit Bumrah, who finished with 3-47.

Nathan Lyon was left 24 not out, having played a handy cameo with Head.

Dismissed for two in the first innings to extend a lean run of scores, Rahul came out with positive intent and saw off Starc and Hazlewood's opening spell before taking to Pat Cummins.

He smashed a drive for six over deep cover off Australia's first-change bowler and another square drive for four in the same over.

The recalled Vijay was never quite so settled, however, and he was out for 18 chasing a wider delivery that was caught by Peter Handscomb at second slip.

Pujara, who scored a sparkling 123 to rescue India in their first innings total of 250, was given out after an appeal for caught behind off Lyon but over-turned the decision on review.

Australia's disappointment was short-lived, however, as Rahul threw away his wicket moments later with an ill-advised swipe at a Hazlewood which served only to send a nick flying through to wicketkeeper-captain Tim Paine.