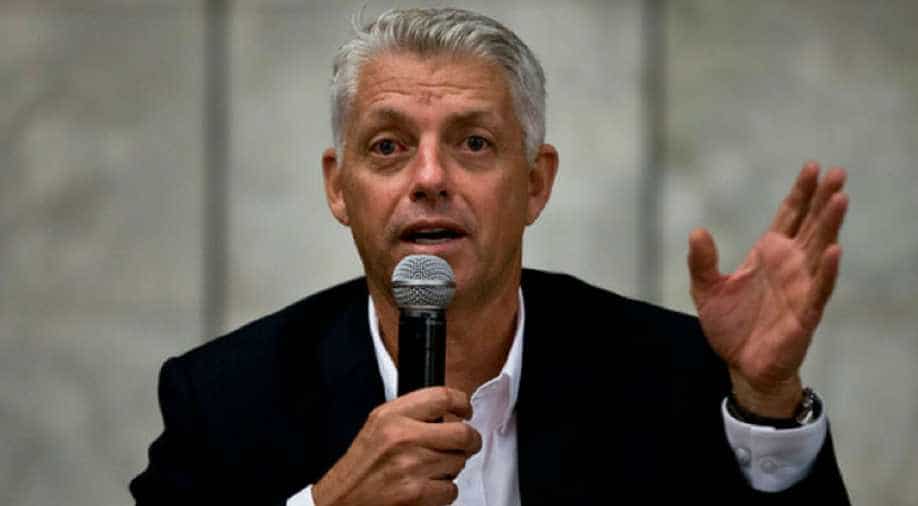 'The ICC's motto is clear we don't want to mix politics with sports'.

The chief of International Cricket Council (ICC) David Richardson said that he can not anticipate any threat to the India-Pakistan World Cup match, which is scheduled to take place on June 16 in Manchester.

He further added that both the teams are bound by an ICC agreement to show up.

"For ICC events, all teams have signed a members' participation agreement which requires them to participate in all the matches of the tournament and (in case of) any unjustified non-compliance with that provision, the playing conditions will kick in and the points will be awarded accordingly (to the other team)," he said when asked about the matter.

There have been calls to boycott the high-profile match after last month's Pulwama terror attack which killed more than 40 CRPF personnel in India.

Responding to the outrage, the Committee of Administrators running Indian cricket also wrote a letter to the ICC urging it to boycott countries from where "terrorism emanates", but did not specifically name Pakistan.

"The ICC's motto is clear we don't want to mix politics with sports."

Asked about the ICC's role in the resumption of bilateral ties between India and Pakistan, Richardson said it was completely up to the two cricketing boards.

The ICC CEO said the perception about Pakistan among the rest of the world is slowly changing and the world body is supporting its member board to bring back international cricket to the nation.