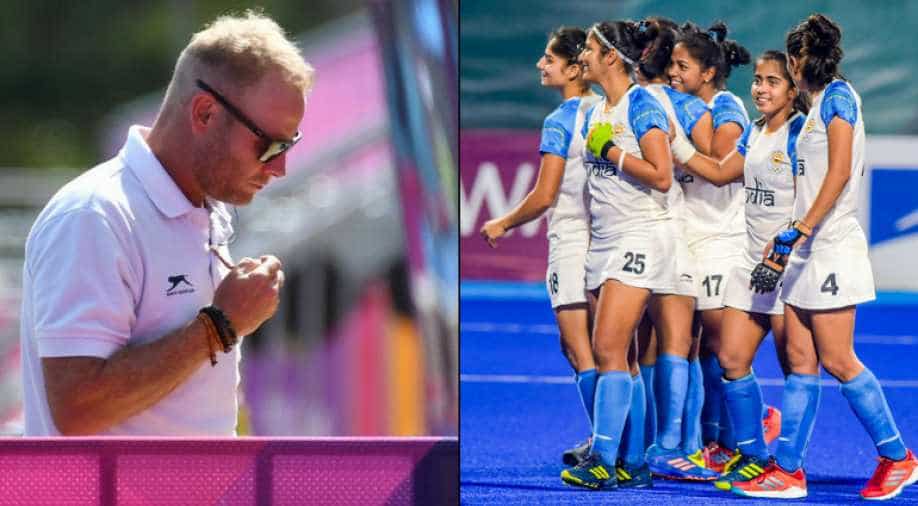 Indian women's hockey team lost 1-2 to Japan to settle for a silver medal and their dream of reclaiming the gold at the Asian Games after 36 years remained unfulfilled.

They also lost the chance to directly qualify for the 2020 Olympics.

India's chief Sjoerd Marijne said that he is satisfied with the performance of the Indian women's hockey team but also added that losing the opportunity to qualify for next Olympics is a big disappointment.

"Of course it is the biggest disappointment. Now we might have to play another six matches to do that. Today it is a gold lost but the way team played throughout the tournament, it will be a silver won tomorrow," said Marijne after the women's hockey final at Asian Games.

India, however, improved their medal colour from the last edition four years ago when they had secured bronze.

"Overall, the girls can be proud of their performance. They had not reach the final for 20 years. They can afford a few smiles even though they lost. We always believed that we can win and today the better team won."
India got two chances to equalise even in the last minute but Japan were solid in their defence.

Rani Rampal, captain of women's team said, "We were disappointed after the match as this was a chance to directly qualify for Tokyo Olympics and we missed it. We couldn't create history. There's definitely disappointment in us but I think we should rejoice the silver."

We were disappointed after the match as this was a chance to directly qualify for Tokyo Olympics&we missed it.We couldn't create history.There's definitely disappointment in us but I think we should rejoice the silver:Rani Rampal,captain of Indian women's hockey team in #Jakarta pic.twitter.com/m5cnHvwYqH

Japan coach Anthony Farry praised the Indian team for its showing in the final.