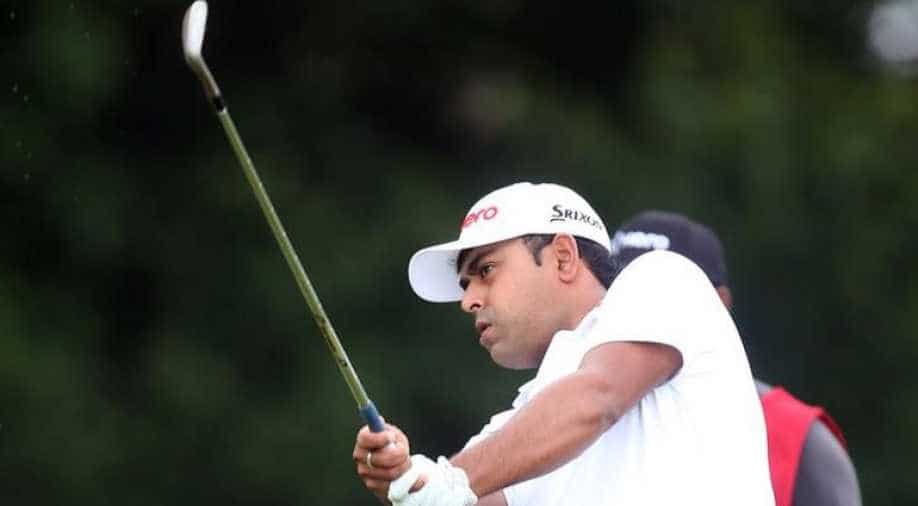 Lahiri, whose tied fifth finish at the PGA Championship last year, is the best by an Indian golfer, feels consistency has been lacking from his game in his first full season on the PGA Tour. Photograph:( Getty )

Follow Us
India's Anirban Lahiri has targeted a top 10 finish at next week's British Open at Royal Troon as the reigning Asian Tour number one gears up for a bumper month of golf that ends with the Rio Olympics in August.

Lahiri, who turned 29 last week, finished tied for 31st in his British Open debut in 2012 and will make his fourth appearance at the championships at the Scottish links from July 14-17.

"The Open is truly a special tournament," Lahiri told the Asian Tour. "I've had a couple of decent outings but feel like I missed out both times on a top 10 finish.

"Hopefully Troon suits my eye and I can play consistently throughout the week. A top 10 or better would be my goal this year.

"I like playing links courses," Lahiri added. "You have to be creative and strategically efficient to play well on them. Also I am comfortable flighting down my ball-flight, which is a must in windy conditions.

Lahiri, whose tied fifth finish at the PGA Championship last year, is the best by an Indian golfer, feels consistency has been lacking from his game in his first full season on the PGA Tour.

"It's been a very slow and sluggish season. I have been inconsistent and have got off to good starts on a few occasions only to have a disappointing weekend.

"It's frustrating when your 'A' game feels right around the corner but does not show up as frequently as you would like.

"In any case the first season on a new tour is always the toughest and I'm satisfied that I am in a good position to keep my playing privileges for next year."

While a number of top-ranked male golfers have withdrawn from the Rio Games due to Zika fears, Lahiri, ranked 62nd in the world, is excited at the prospect of representing India at the August 5-21 Games, which will see the sport return to the Olympics after a 112-year gap.

"Managing energy levels and conditioning are a big challenge this season," Lahiri added. "I will look to skip a few events leading up to the big ones if I feel like I need to take a break.

"My coach will be here in America for two weeks to work on all aspects of the game and sharpen it up for the majors and the Olympics.

"Hopefully I can pace myself just right to peak during the majors and Olympics. That's the goal.”