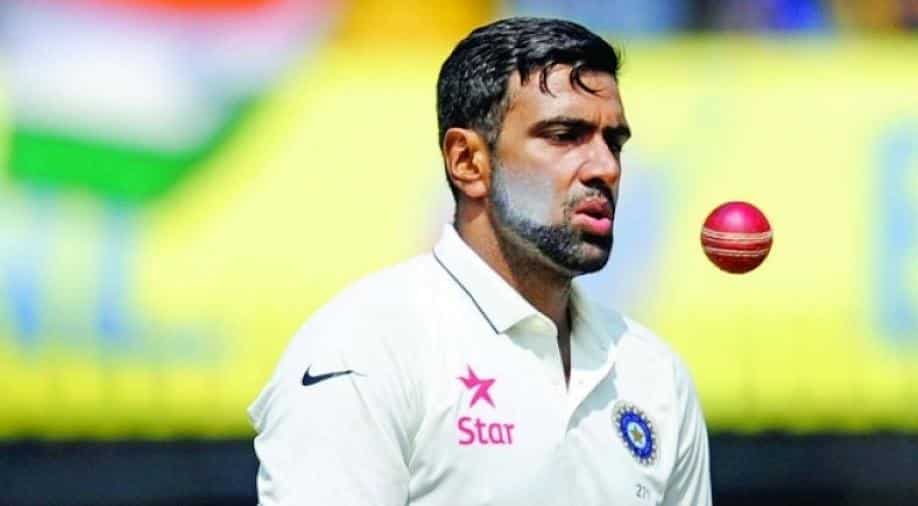 Bangladesh, after electing to bat, were all out for 150 in their first innings on day one of the opening test against India on Thursday.

Ashwin marked this milestone in the test match against Bangladesh in Indore after felling Bangladesh Captain Mominul Haque for 37.

Board of Control for Cricket in India (BCCI) took to Twitter and wrote: "250 Test wickets at home for @ashwinravi99. He becomes the third Indian bowler to do so after @anilkumble1074 & @harbhajan_singh."

Meanwhile, Bangladesh, after electing to bat, were all out for 150 in their first innings on day one of the opening test against India on Thursday.

In India's answer to Bangladesh it scored 86/1, Rohit Sharma fell off early after scoring just 6 runs but the strong partnership between Cheteshwar Pujara (43) and Mayank Agarwal (37) revived the Indian scoreline. India finishes strong on day 1, innings will resume tomorrow.

Recently, India defeated Bangladesh in the three-match T20I series 2-1. Bangladesh was able to win the first T20I at Delhi, and en route they registered their first-ever victory over the Men in Blue in the shortest format of the game. But the hosts were able to come back in the next two matches at Rajkot and Nagpur to win the series. In the final match of the series, Deepak Chahar starred with the ball as he recorded the best-ever bowling overs in T20Is. Chahar had finished with the bowling figures of 6-7 in the match.