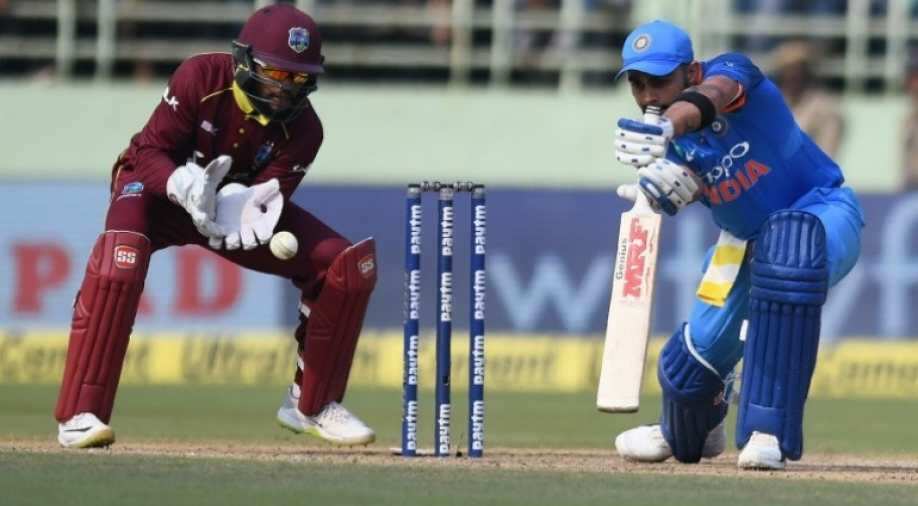 India won the toss and opted to bat against the West Indies.

Indian skipper Virat Kohli and Ambati Rayudu revived India's batting after the team was reduced to 40 for the loss of two wickets in the 2nd ODI against the West Indies.

Both players slammed a half-century each to resurrect India's innings.

Speaking after the toss, Kohli said, "Looks like a nice and hard wicket. May be it will get slower in the second half. Because of our bowling combination, we want to put up a score on the board and ask them to chase it down."

"Kuldeep comes in for Khaleel and that the only change from the last game. It gives us two wrist spinners in the middle overs and ask the batsmen to come hard at us," he added.

India registered a comfortable eight-wicket over the Jason Holder's side, despite a mammoth target of 323 runs set by the Windies.

Speaking about their strategy for today, Windies skipper Holder said, "  \Not to disappointed to be bowling first. Seems to be a good track. It should hold up for the 100 overs. Looks drier than the last pitch and I just hope that it stays together. It would be for the batters to take it deep. In a run chase, the batters have to be clinical."

"But up first, the bowlers will have to do the job. We have one change as Obed McCoy is making his debut and comes in for Oshane Thomas," he added.