IND vs AUS: Bhuvneshwar, Shami strike to dismiss Australia openers, are 38/2 after 10 overs 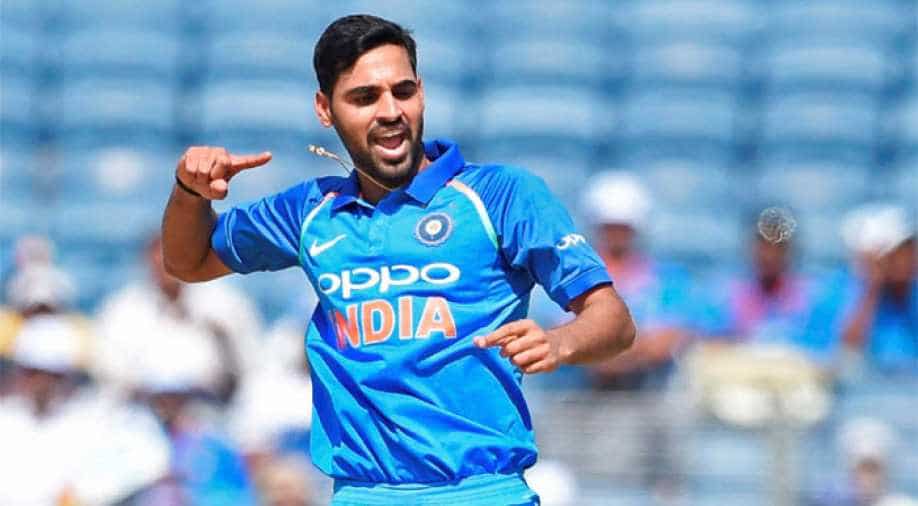 After 10 overs, Australia's score stands at 38 for the loss of two wickets.

Earlier, Finch won the toss and opted to bat first as India take on the hosts in a do-or-die second ODI, in their bid to keep the three-match series alive.

The Kohli-led team lost the first ODI by 34 runs despite a remarkable century and slow half-century by Rohit Sharma and MS Dhoni respectively.

Speaking after the toss, Finch said, " We are gonna bat first mate. Looks like a good wicket to bat, don't think it'll change much throughout. We played a really good game the other day. I think it's a good chance to put some pressure on with a good score. It's always good to play against a world class outfit and improve as a team leading into the next phase of the year."

Dhoni's 51 off 96 balls and failing to rotate the strike has brought to focus the rejigging that skipper Virat Kohli and coach Ravi Shastri will have to fret upon.

With Dhoni being slotted at No 5 even though vice-captain Rohit wants the veteran to bat a notch higher but cues from India's training session made it clear that the team is unlikely to tinker with the batting order.

Talking about their strategy for today, Kohli said, "the conditions are going to be a big factor for us. We were a bit scratchy at Sydney. We can't take Australia lightly in Australia. Mohammad Siraj makes his debut today, Khaleel Ahmed makes way for him."