'I'm fighting for it': Roger Federer out of Australian Open, participation in Wimbledon remains doubtful 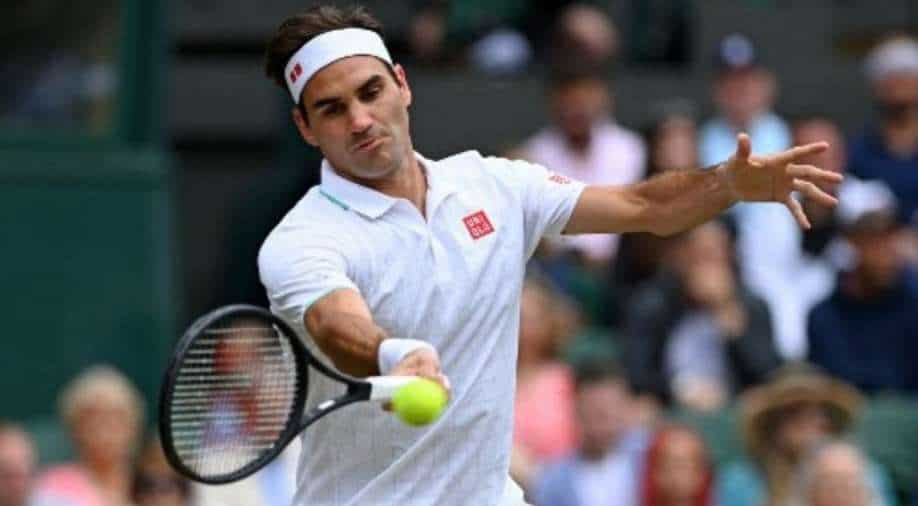 Action image of Roger Federer during men's quarter-finals of the 2021 Wimbledon Championships, however, his participation in next year's Wimbledon is unlikely. Photograph:( AFP )

Tennis legend Roger Federer is set to miss the first Grand Slam of next year —  the Australian Open — as his participation in the competitions until mid-2022 is highly unlikely, which makes his appearance in the Wimbledon also doubtful. The former world number one, who is recovering from multiple knee surgeries, told Swiss media that he would be "extremely surprised" if he was able to play at Wimbledon.

The 40-year-old said that he will be able to resume running quietly in January and resume sessions on the court with "complex support" in March or April. He further informed that he estimates his return to competition in the summer of 2022.

Federer had two knee operations in 2020 and remained out of the tour for more than a year and returned to action in March, playing only 13 matches this year.

The Switzerland great withdrew from the French Open in June after winning his third-round match. Another injury forced Federer to skip the US Open as he went under the knife again and he said doctors also fixed cartilage in his knee.

Federer told that he underwent the operation so that he could ski with his children or play football or tennis in the future. To lead a normal life was his aim to get back in shape, however, he wanted to approach the rehabilitation with the "mentality and body of a top athlete".

In an interview carried by several Swiss media outlets, Federer said, "I need to be very patient and give my knee the time to heal. The next few months will be crucial. Australia is not an option at all. But that's no surprise for me. Even before the operation, we knew that a break of many months would be necessary afterwards."

"As far as my sporting ambitions are concerned: I want to see once again what I can achieve as a tennis pro. I'm fighting for it and I'm very motivated. I feel the support of my team and my family. We all wish that I can say goodbye on my own terms and on a court. My world will not collapse if I never play in another Grand Slam final. But it is my ultimate dream to return once again. And in fact, I still believe in it. I believe in these kinds of miracles. I have already experienced them," he further said.