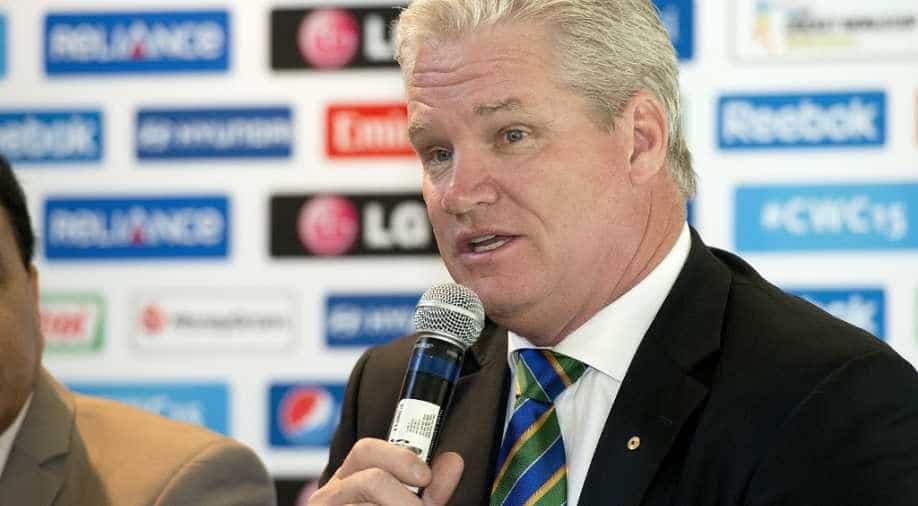 The International Cricket Council has expressed sadness at the passing of former Australia international Dean Jones at the age of 59.

The International Cricket Council has expressed sadness at the passing of former Australia international Dean Jones at the age of 59.

In a statement, ICC Chief Executive Manu Sawhney said: “We are extremely sad to hear of Dean’s sudden death and I would like to extend our deep condolences to his family and friends on behalf of the ICC.

“Dean was a prolific batter playing in 52 Tests and 164 ODIs and was part of the 1987 Australia team who won the ICC Men’s Cricket World Cup. He had a significant impact on the game of cricket as a player, as an advocate for the development of the sport as a coach and latterly in his role as a broadcaster. He will be sorely missed by all those in the cricket family.”

An attacking batter, the Victorian featured in 52 Tests, making 3631 runs at an average of 46.55. In 164 ODIs, he made 6068 runs, at 44.61, with seven hundreds and 46 fifties. He was part of Australia's winning team in the 1987 ICC Men's Cricket World Cup and remains number five on the all-time MRF Tyres ICC Men’s Batting Rankings in the format.

One of his most memorable Test innings came in 1986, when in the heat and humidity of Chennai, he battled exhaustion and illness to make a heroic 210 in what would be only the second tied Test ever.

He retired from international cricket in 1994 and went on to become a coach and more recently a broadcaster commentating on cricket around the world.