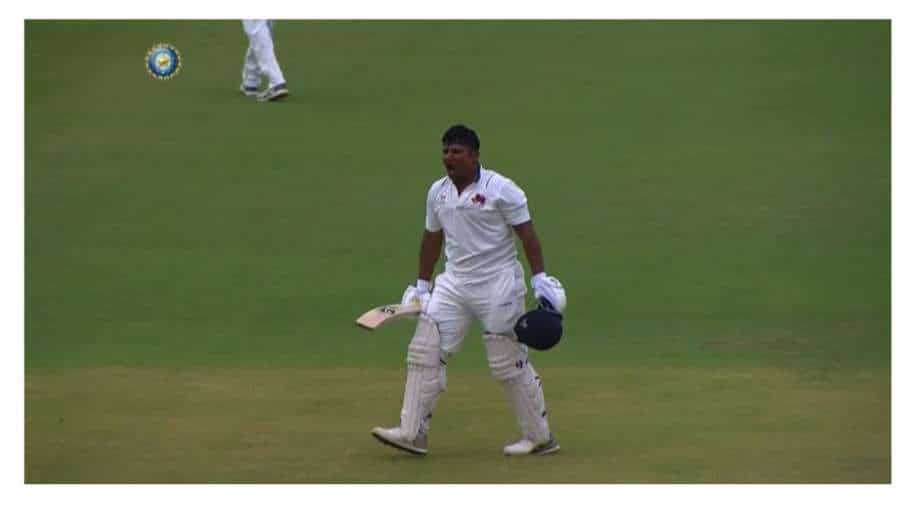 Sarfaraz Khan has been in splendid form in Ranji Trophy 2021-22 season. In the ongoing final between Mumbai and Madhya Pradesh, Sarfaraz slammed an impressive century -- fourth of his season -- to take Prithvi Shaw & Co. to a challenging total of 374 runs in the first essay.

With a fine 134, off 243 balls, Sarfaraz now averages a staggering 82.83 in First-Class cricket as the 24-year-old youngster is making a strong statement. He has had a stellar run in the ongoing season -- where he has amassed 937 runs in eight innings at a breathtaking average of 133.85 -- and his consistency is being hailed by one and all.

After his recent heroic versus Madhya Pradesh in the summit clash, former West Indies pacer-turned-commentator Ian Bishop has hailed Sarfaraz.

For the unversed, Sarfaraz has 2,485 runs in 25* FC matches and has the second-best average among batters with a minimum of 2,000 runs. He is only behind Sir Don Bradman in this regard. The former Aussie great had amassed a mammoth 28,067 runs in 234 FC matches, at an average of 95.14.

Seeing his remarkable growth and consistency, calls for Sarfaraz's inclusion in India's Test side has intensified. As per a report in the TOI, he is in line for selection for India's Test series against Bangladesh later this year.