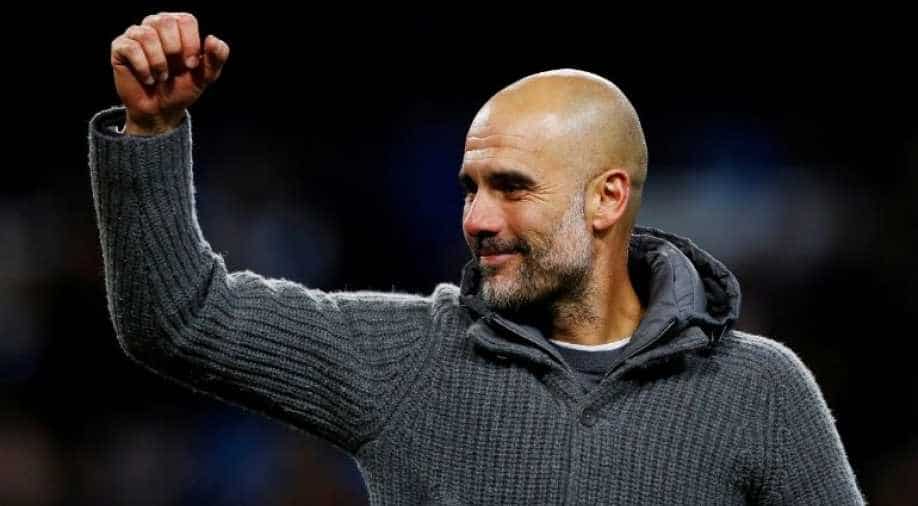 Manchester City manager Pep Guardiola on Friday confirmed that star striker Sergio Aguero will miss Saturday’s Premier League match against Fulham as the Argentine continues to train with the team and is “getting better”.

Manchester City manager Pep Guardiola on Friday confirmed that star striker Sergio Aguero will miss Saturday’s Premier League match against Fulham as the Argentine continues to train with the team and is “getting better”.

Guardiola, who will be participating in his 700th match as a manager thanked his previous clubs – Barcelona and Bayern Munich – and his current employers along with all the players and staff he has worked with to achieve the “great number”.

"700 games. I will do 700 more, then retire. I never expected it. It's good to have 700 games with few defeats in these games, for all the players and staff we had in Barca B, first team, Bayern and Man City. It's a great number, with all the people we made incredible things together and hopefully, we can do more in the future,” Guardiola said.

Addressing a press conference ahead of Man City’s Premier League match against Fulham on Saturday, Guardiola also touched upon the rise in form of defender John Stones, who has struggled to cement his spot in the playing XI due to fitness concerns and vulnerability to mistakes, has looked a much more confident figure in the heart of Man City’s defence.

"After five years together we know each other incredibly well - it depends on him. We know he's got incredible skills. He struggled the last season, he needs continuity to be fit, training, be ready,” Guardiola said.

"Since day one he played against Wolves and was excellent. Unfortunately, he was injured, struggled to come back because Ruben gave us stability. He's a special guy, so sensitive. All of the backroom staff are so happy for him."

Manchester City are sitting 11th in the Premier League 2020-21 standings with four wins, three draws and two defeats. They have 15 points in nine matches and will take on Fulham next, who are 17th in the table with seven matches.