'I made a mistake, forgive me': Danish Kaneria on Westfield spot-fixing case 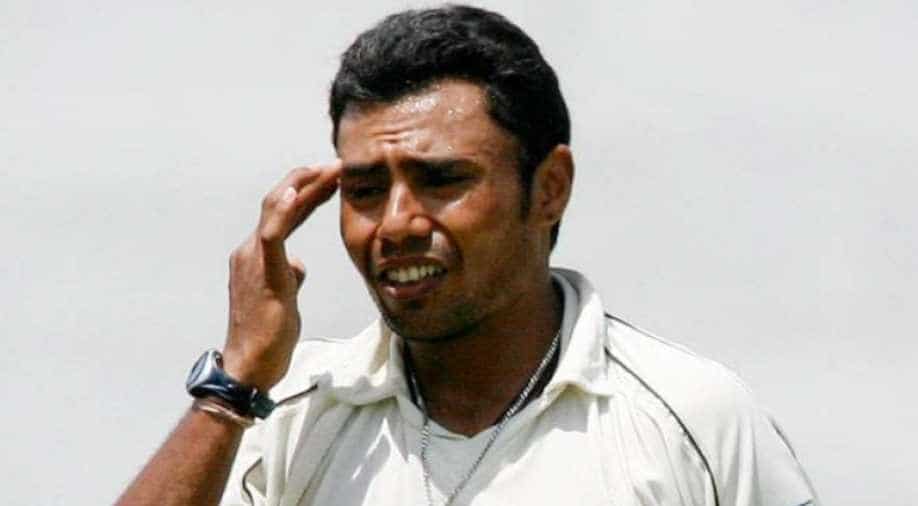 Kaneria on Thursday confessed to spot-fixing after years of denial to get closure for his mistakes and sought forgiveness from the country's cricket community.

Banned Pakistan leg-spinner Danish Kaneria Thursday said he finally confessed to spot-fixing after years of denial to get closure for his mistakes and sought forgiveness from the country's "shocked" cricket community.

"I just want the cricket board, my fans and the Pakistani people to understand my situation and forgive me. I made a grave mistake in associating with a bookmaker(Anu Bhatt) and not reporting it to the concerned authorities and I have paid the price for it," Kaneria told PTI.

"I am gutted at the moment because it is not easy to come out like this after basically lying for six years. I had to do it now because it was a burden on me and I just couldn't take the stigma of being called a spot-fixer any longer and denying it," Kaneria said.

Kaneria, who will turn 38 in December and who took 261 wickets in 61 Tests, said he wanted to rebuild his life and hoped the cricket authorities would accept his apology and show compassion.

"What I did was very wrong...I hope the people forgive me," he said.

"My accounts have been checked in this case and they can be checked again. My mistake was getting close to this guy, (alleged match-fixer) Anu Bhatt who became like a family friend to us after he came to Pakistan and we went to India in 2005/06. He virtually started blackmailing me," he added.

Kaneria is serving a life ban since 2012 for indulging in spot-fixing in English county matches. The ban was imposed on him by the English Cricket Board.

"I can give back to the game by telling all young players don't get involved in these things and stay away from people like Anu Bhatt," he asserted.

But Pakistan's cricket community was left "shocked and betrayed".

"I am gutted because in the early days when Danish's case came up. I met with the Pakistan Cricket Board officials with his case documents to convince them that he (Kaneria) should be heard by the PCB. I believed he was innocent," Pakistan's former Test captain Rashid Latif said.

Latif said Kaneria's confession was a big let-down for the Pakistan cricket community.

"...You can't help feel being betrayed by him," Latif said.

"God knows what these players think about. We get publicity for all the wrong reasons, spot-fixing and doping cases. I am really sad today to hear about Kaneria's confession after he lied to all of us for six years," Qadir said.

"But I also think Kaneria has done the right thing now even after six years. I think his conscience was bothering him. He is already serving a life ban since 2012.

"Perhaps the authorities can talk to him and try to reduce his ban because worst has happened in Pakistan cricket," he said.

The ECB banned the leg-spinner for life and also sent his Essex teammate, Mervyn Westfield to jail for his involvement in the matter.

Kaneria played his last Test on the tour of England in 2010 after which the PCB withdrew him from the squad when it was reported that the English Cricket Board was investigating the leg-spinner for fixing in county matches.

It was on the 2010 tour of England that Pakistan's then captain Salman Butt and pace bowlers, Muhammad Asif and Muhammad Aamir were also found involved in spot-fixing and later banned for five-years each.

The trio completed there bans in 2016 and are back playing cricket. While Aamir has made a comeback to the Pakistan team, Butt and Asif are playing regular domestic cricket.

Last year the PCB also launched an investigation into spot-fixing in the Pakistan Super League and as a result of the inquiries, batsmen, Sharjeel Khan, Khalid Latif, Shahzaib Hasan and Nasir Jamshed were banned for differing periods.