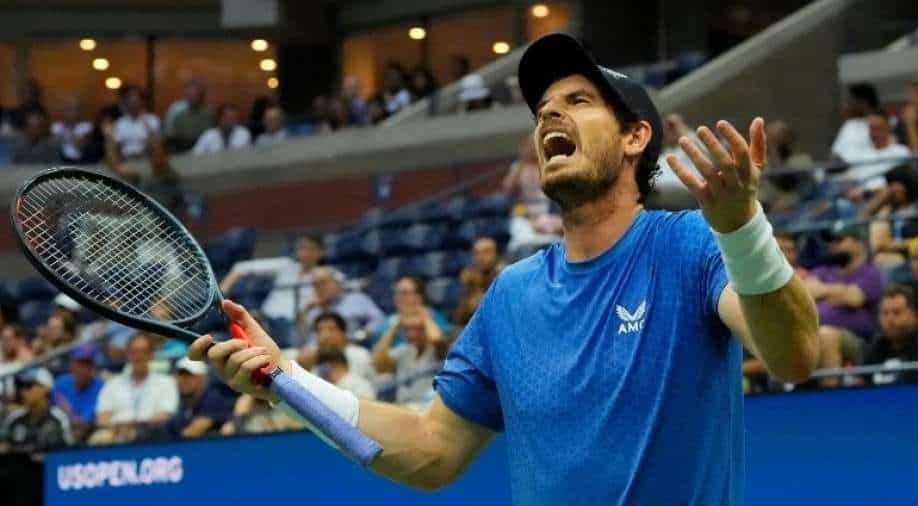 Murray, who barely greeted Tsitsipas at the net, went on to say that Tsitsipas is "great for the game" but he has "zero time for that stuff" and he "lost respect for him".

However, more than the loss, 34-year-old Scotsman was angry over lengthy bathroom breaks taken by Tsitsipas that caused disruption as the former world number one said his adrenaline dropped after long delays.

Murray, who barely greeted Tsitsipas at the net, went on to say that Tsitsipas is "great for the game" but he has "zero time for that stuff" and he "lost respect for him".

During the media interaction after the match, the three-time Grand Slam winner Murray said, "I think he's great for the game. But I have zero time for that stuff at all and I lost respect for him."

Our 2012 champion always gives everything he's got on the court.

Murray said, "It's not so much leaving the court. It's the amount of time. I spoke to my team before the match about it and said to expect that, prepare for it if things were not going his way."

"You cannot stop the way that affects you physically. When you're playing a brutal match like that, stopping for seven, eight minutes, you do cool down."

"You can prepare for it mentally as much as you like, but it's the fact that it does affect you physically when you take a break that long, well, multiple times during the match," he added.

"Every single time it was before my serve as well. When he took the medical timeout (for his left leg), it was just after I had won the third set," he further said.

"It can't be coincidence that it's happening at those moments," Murray said. "I don't believe it was causing him any issue at all. He was fine, moving great I thought.

"It's just disappointing because I feel it influenced the outcome of the match.

"I'm not saying I necessarily win that match, for sure, but it had influence on what was happening after those breaks."

Murray said the players council is talking about rule changes to "make it less easy for the rules to be exploited," and Tsitsipas took his timewasting too far.

"I think it's nonsense," Murray said. "And he knows it, as well.

Currently, there are no time limits on bathroom breaks and Tsitsipas said he had abided by regulations.

"If there's something he has to tell me, we should speak the two of us to kind of understand what went wrong," Tsitsipas said. "I don't think I broke any rules. I played by the guidelines.

"As far as I'm playing by the rules and sticking to what the ATP says is fair, then the rest is fine. I have nothing against him. Absolutely nothing," he added.

A similar incident also happened when Alexander Zverev protested a lengthy bathroom break by Tsitsipas in a semi-final match two weeks ago at Cincinnati.