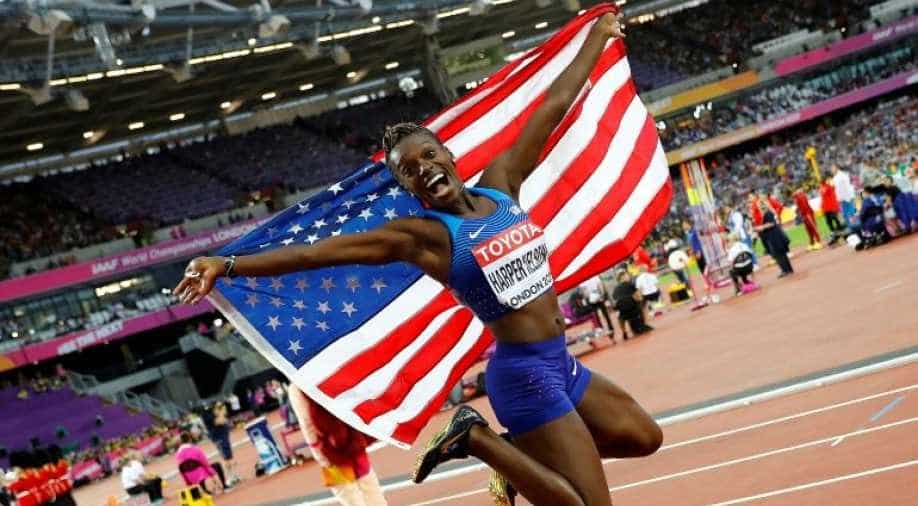 She retired from the sport in 2018 to start a family but said her Olympic dream never really died.

American hurdler Dawn Harper Nelson is coming out of retirement to chase more Olympic gold, the 35-year-old has said.

Harper Nelson, who gave birth to a daughter in April, said on Monday she was training for the 2020 Tokyo Games and hoped to win a third Olympic 100m hurdles medal.

"I know I still have the talent and can do it," Harper Nelson, the 2008 Olympic champion and 2012 silver medallist, told Reuters by telephone.

She retired from the sport in 2018 to start a family but said her Olympic dream never really died.

"The whole time, I didn't know in my heart if I was done," Harper Nelson said.

During her pregnancy she continued to work out, telling friends she just wanted to feel good, but talk of making a return became serious after her daughter's birth and she went back to the track in May.

"I didn't want Harper to feel like her birth symbolized mom's dream dying," said Harper Nelson, who won her first world championship medal, a bronze, in 2011.

Discussions are underway for longtime mentor Bob Kersee to direct her training again with her husband, Alonzo Nelson, assisting in East St. Louis.

The challenge will not be an easy one, even though her physio team has told the 2017 world silver medallist that physically she looks the best she has in years.

Americans swept all three medals at the 2016 Rio Olympics and took the top two spots at the recent Doha world championships.

But Harper Nelson believes she can be in the mix.

"I know I still have the speed and with my technique, I think I can still put together an amazing race and still run some personal bests," said the American, whose personal best of 12.37 seconds makes her the joint 13th fastest hurdler of all-time.

She hopes to start the comeback with several indoor meets.

"That (indoor meets) will be important because when I started training, I didn't have that pop, that burst of speed," said Harper Nelson.

"I've tasted gold, silver and bronze and gold tastes the best," she said of her medal haul.