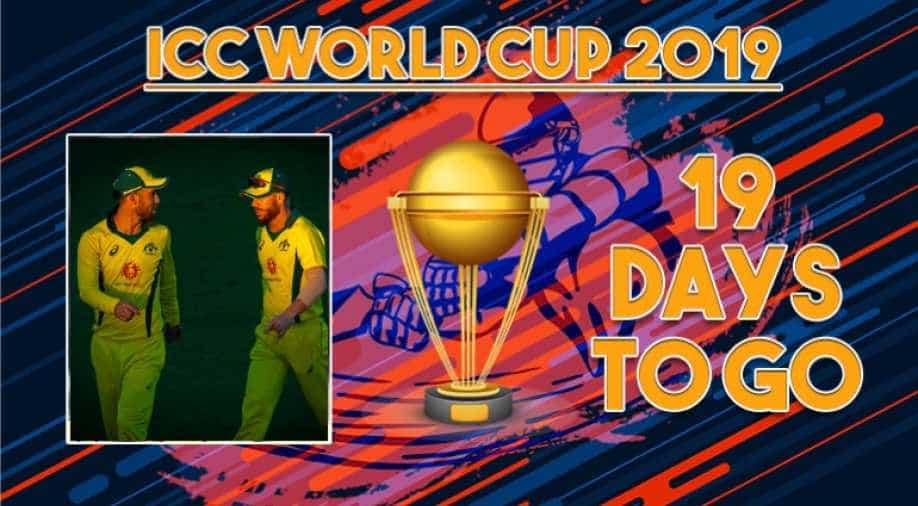 Australia head to the World Cup in top form

Australia's cricketers were headed to the battlefields of Gallipoli for inspiration to kick off a gruelling four-month tour taking in the defence of their World Cup crown and an Ashes series.

The team, led by Justin Langer, flew out of Australia late Friday for a multi-day stop in Turkey before arriving in England for three warm-up games ahead of their opening World Cup clash on June 1.

"Where we are right now, on the way to England for a long campaign representing our country, hopefully it will be a real catalyst for gelling together and success," Langer said about visiting the World War I site.

Australia and New Zealand lost more than 10,000 men in 1915 when British and French troops landed on the Gallipoli peninsula in the Dardanelles Strait in Germany-allied Ottoman Turkey.

It became a defining event for both nations, marking the first time these newly independent countries fought under their own flags.

The Steve Waugh-led 2001 Ashes-winning side made a similar pilgrimage, but Langer missed the trip, something he has called "one of the regrets of my career".

Last year, he took the squad to the WWI battlefields of northern France ahead of his first series in charge following the ball-tampering scandal that rattled Australian cricket.

He said the players learned about "humility and perspective and understanding how lucky we are".

"It's very sobering, and it was an incredible life experience for the boys, and also it gelled the team together with different experiences and interpretations of our history," he said.

"We talk a lot about our history and the humility of times before."

Since his appointment, Langer has worked hard in restoring faith in Australian cricket after the "Sandpaper-gate" affair in South Africa that led to bans for then captain Steve Smith, his deputy David Warner and opener Cameron Bancroft.

Smith and Warner's one-year suspensions are now over and they were welcomed back to the Australian fold for three warm-up games against New Zealand over the past week.

Former skipper Ricky Ponting, who will be Langer's assistant at the World Cup, was on the 2001 visit to Gallipoli and told cricket.com.au it was a motivating experience.

"The thing that was really rammed home to us on that trip was what the ANZAC spirit is all about," he said, referring to the Australian and New Zealand Army Corps.

"It really does typify even the modern Australian person.

"I've been lucky enough to travel around the world and play cricket against a lot of opposition teams in a lot of different countries and you just don't see that same sort of spirit in a lot of people from other countries.

"The will to want to do whatever you can for your mate, to help your mate in a time of crisis."

Australia head to the World Cup in top form. They won eight straight one-dayers against India and Pakistan before winning their "unofficial" three-game series against New Zealand in Brisbane this week 2-1.

While their starting XI is firming up, the batting order remains in flux.

Aaron Finch, Usman Khawaja and Warner all opened against New Zealand. It is Warner's favoured position, but he made just 0 and 2 in his two knocks there since returning from suspension.

Smith fared much better, hitting 89 not out at number four, then 91 not out at three.

The pace attack will almost certainly feature Pat Cummins, Mitchell Starc, Nathan Coulter-Nile and Jason Behrendorff, but questions remain as to whether Nathan Lyon or Adam Zampa will claim the spinner's spot.