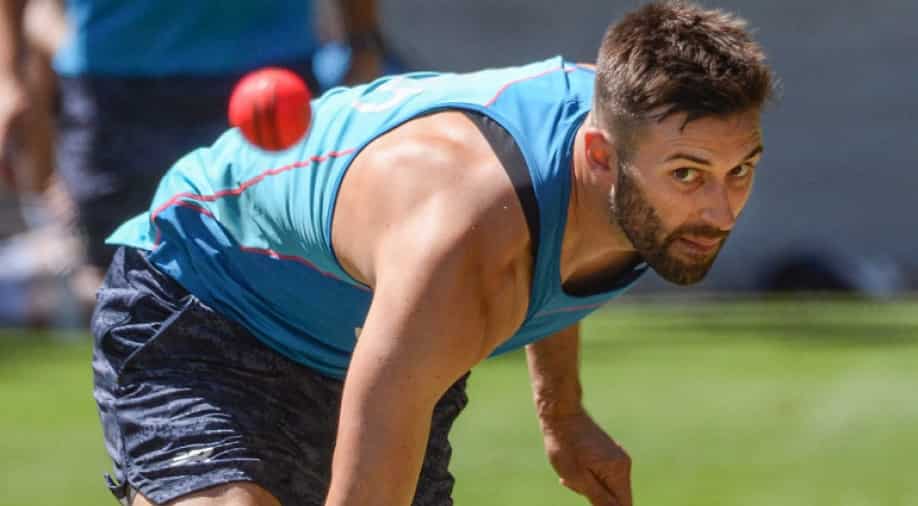 England pacer Mark Wood has been ruled out of IPL 2022. Photograph:( AFP )

Lucknow Super Giants have been handed a huge blow ahead of IPL 2022 as England pacer Mark Wood has been ruled out of the upcoming season.

Lucknow Super Giants have been handed a huge blow ahead of the start of the Indian Premier League (IPL) 2022 as England pacer Mark Wood has been ruled out of the upcoming season. Wood had picked up an elbow injury during the recently-concluded first Test between England and West Indies.

Wood injured his right elbow while fielding and had walked out during the first Test against West Indies last week after bowling just 17 overs. He had bowled just five overs on Day 3 before exiting the field as the Test match ended in a draw. The pacer will not feature for his side Lucknow Super Giants in IPL 2022.

As per a report in ESPNCricinfo, the Lucknow Super Giants have received a medical update from the England Cricket Board (ECB) confirming that Wood has been ruled out from bowling for the time being and will not be able to take part in IPL 2022. Wood was picked by Lucknow Super Giants for a sum of Rs 7.5 crore (INR 75 million) at the IPL 2022 mega auction last month.

He was expected to play a key role for the franchise in their debut season in the IPL, pairing up with the likes of Avesh Khan, Jason Holder and Marcus Stoinis among others. However, Lucknow are now set to miss out on his services and have not yet decided on a replacement for the England fast bowler.

Also Read: Why does MS Dhoni don No. 7 jersey? CSK veteran answers the big question ahead of IPL 2022

Wood's absence throughout the season is expected to heavily impact the plans of Lucknow Super Giants as they have limited overseas pace options in their squad. In the England fast bowler's absence, the likes of Holder and Stoinis will be expected to shoulder more responsibility in the powerplay and the death overs for the franchise.

KL Rahul-led Lucknow Super Giants will be opening their IPL 2022 campaign against debutants Gujarat Titans on March 28 at the Wankhede Stadium in Mumbai. They will face defending champions Chennai Super Kings in their next game on March 31.