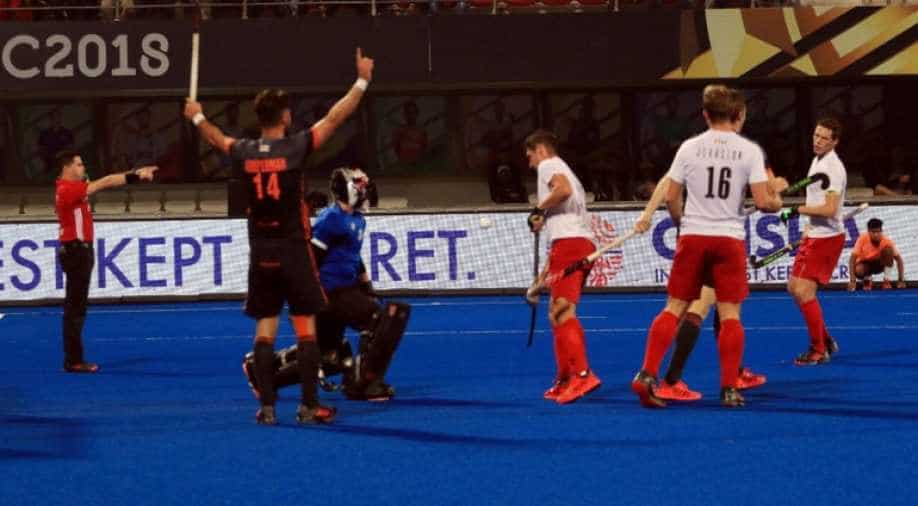 By the virtue of this win, Netherlands proceed into the quarterfinals wherein they will face hosts India.

The Netherlands defeated Canada in the fourth Crossover match on Tuesday in the ongoing Hockey World Cup 2018 at Bhubaneswar's Kalinga Stadium.  The Dutch mauled Canada 5-0 in the final scoreline.

By the virtue of this win, Netherlands proceed into the quarterfinals wherein they will face hosts India.

The Netherlands dominated the first quarter after netting two brilliant goals. While they were behind in ball possession, they made up for it in terms of pass accuracy. Their goalscorers were Lars Balk and Robbert Kemperman respectively.

The second half of the encounter was about the Netherlands holding onto the lead and further dominate the game.

The penultimate quarter brought more shock for the Canadian side. They were just no match to the Dutch and the latter slammed two more goals to stretch the lead to 4-0.

The deal was sealed long back but ended the game with their fifth goal on Canada's goalpost.

The Dutch, however, will face a litmus test against hosts and hot favourites India in the next clash on on December 13