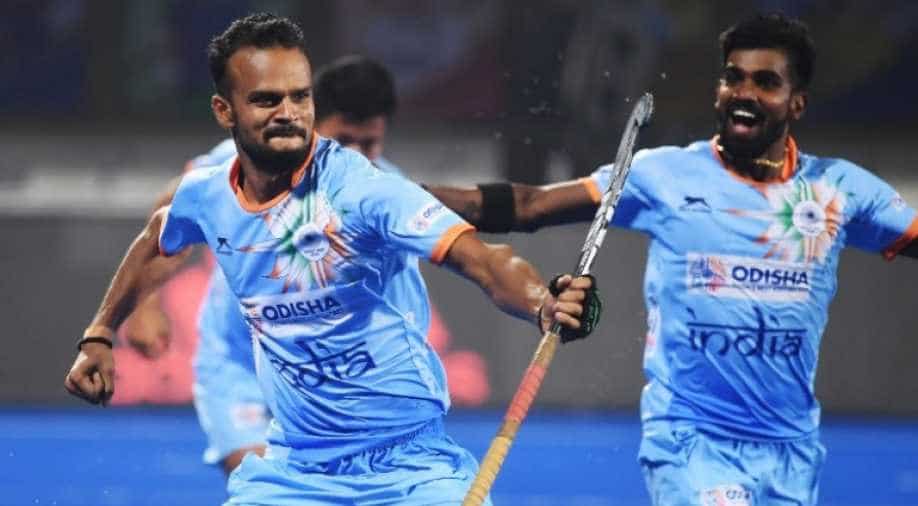 Belgium and Canada will play in the cross-overs for a place in the last-eight round.

The match became intriguing when the fourth and final quarter started with a 2-1 score.

Floris van Son of Canada scored the only goal of the team in the 39th minute.

After this win, India finished on top of Pool C with seven points ahead of Belgium on account of better goal difference.

Belgium, too on seven points, finished second ahead of third-placed Canada after thrashing South Africa 5-1 in the other Pool C game earlier in the day.

South Africa crashed out of the tournament.

While India qualified directly for the quarter-finals by being the toppers, Belgium and Canada will play in the cross-overs for a place in the last-eight round.

The Canadian defence surrendered in front of India's relentless attack when Harmanpreet converted the home team's second penalty corner in the 12th minute.

The Indians had another penalty corner in the next minute but Amit messed up the chance but the local boy treated the crowd with a brilliant goal to finish 5-1.

Lalit Upadhyay struck twice and was given the player of the match award for his crucial contribution.