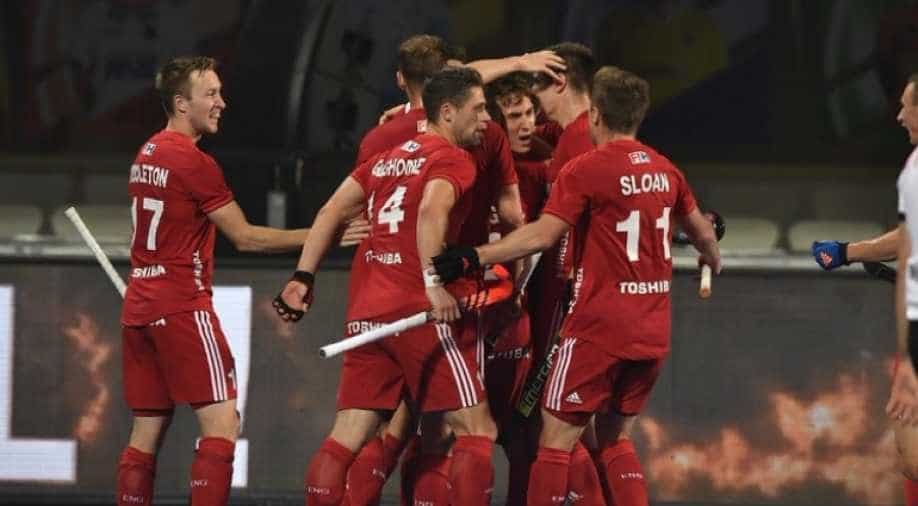 England will meet Argentina in the first quarter-final.

England defeated New Zealand 2-0 in the first crossover of the Men's Hockey World Cup 2018 on Monday at Odisha's Kalinga Stadium.

England will meet Argentina in the first quarter-final which is scheduled to happen on December 12.

England dominated the majority of the game but a big shout out for New Zealand's goalkeeper Richard Joyce as he made several brilliant saves in the game.

Will Calnan scored England's first goal with a perfect-mid-air deflection. Phil Roper pushed the ball from the left corner and set a perfect chance at the goalmouth for Calnan, which he scored without making any mistake.

Liam Sanford was given the player of the match for his tremendous effort in England's victory.

The move was initiated by Liam Sanford then Phil Roper pushed it and Calnan timed it directly into the goal.

The second goal was scored by Luke Taylor in the concluding minutes of the third quarter.

Taylor scored after a penalty corner rebounded off and he grabbed the opportunity to extend the lead to 2-0.