He was genuinely disturbed by what he had done: Rhodes on Hansie Cronje's life post match-fixing saga 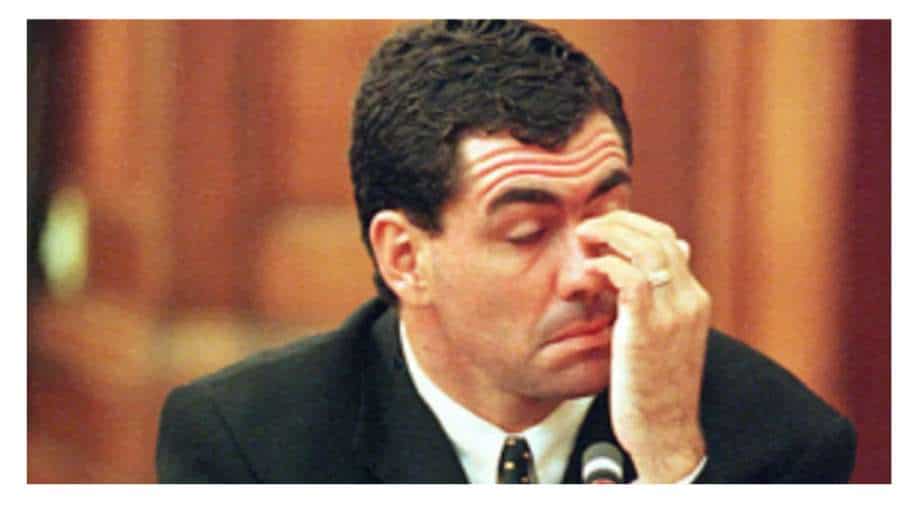 Hansie Cronje was a big name in South African cricket. He made heads turn with his performances, with both bat and ball, for the Proteas during the 90s, from 1992 to 2000, before the match-fixing scandal rocked him and put his international career in jeopardy.

In April 2000, Cronje was revealed to have had conversations with an Indian bookie over fixing matches. Thus, he subsequently received a life ban from cricket. While the former SA captain challenged the decision, at first,m it was later turned down as he was found guilty in the infamous match-fixing saga. From thereon, there was no looking back for Cronje, who ended with 3,714 and 5,565 runs in Tests and ODIs, respectively.

Recently, Cronje's former teammate and ex-Proteas middle-order batter Jonty Rhodes dwelled on the controversial cricketer's life post the fixing issue. He revealed that Cronje showed 'real remorse' and was 'genuinely disturbed by what he had done'. In addition, he took a long time before finally trying to move on.

"For all of us, the whole match-fixing thing was a real shock to the system. We did not have an understanding of the detail of it. It was really tough. But the amazing part was… I got to spend a lot of time with Hansie after that. Even when he was banned, and I had retired from Tests, he told me 'Jonty… you can't retire. You only have one opportunity. I know what it feels like to have that taken away'. There were other players who were accused of fixing matches and they moved on like nothing had happened, but Hansie was really embarrassed about what he had done," Rhodes told Paddy Upton on his podcast 'Lessons From the World's Best'.

"The first couple of months, he had put on weight. He locked himself away. He hardly left the house. Occasionally, some of his close friends would come visit him at his house but he would never go out in public just because he was devastated. He showed real remorse. He was genuinely disturbed by what he had done. For a year, he was the unhealthiest that I had seen him. And then he got it back. He got a job with a construction equipment company. It was amazing to see how he really was getting his life back on track. I was really sad because I believed he could have been a great example to show youngsters how to turn your life around," Rhodes added.

Upton also opined on Cronje's life post the big controversy. He stated, "Hansie would always say to me that he's fine, he is moving on but every time he would put the phone down, I would think, he is saying he is fine but I am not feeling it. And then one day, I accidentally dialed him up, but we had a brief chat. I would never forget him saying. His words were something like… 'I really feel I have come the full circle and I am ready to move on'. I felt it was the first time he said to me he is ready to move on. And a week later, he did move on. And I had a really earie feeling about it."