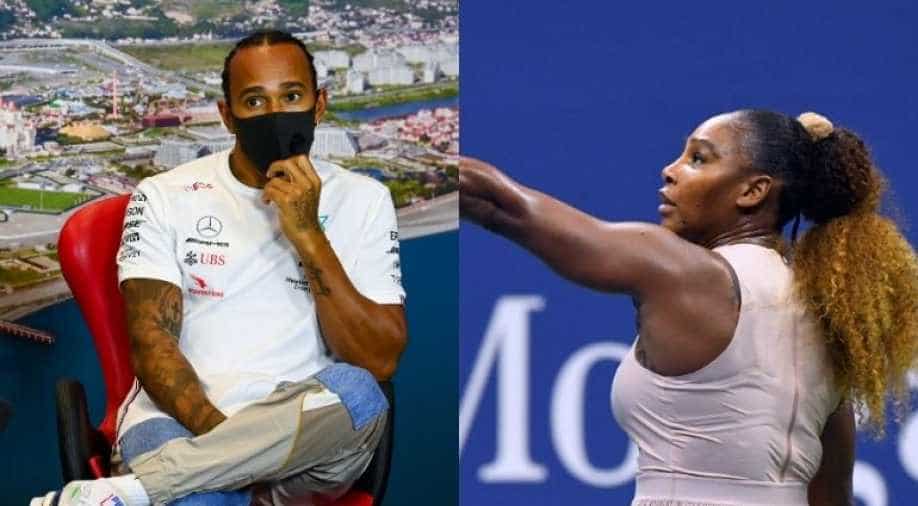 'He is for me the greatest F1 driver': Serena Williams on Lewis Hamilton Photograph:( Reuters )

"I look at what he does training, physically, his job, it's really no words for it, to be honest.

The American ace also has her sights on a record-equalling 24th Grand Slam title at the French Open while six-times world champion Hamilton has his first chance to match Schumacher's record 91 wins at this weekend's Russian Grand Prix.

"He is for me the greatest driver that our generation has seen. I'm confident that he will break the record of Michael Schumacher, who was also a fabulous driver," Williams told reporters on Saturday.

The Williams sister and Hamilton have been close to each other for a long time. They have attended Grand Prix in the past. In 2016, Hamilton spoke of how he was "mesmerised" by Serena's achievements as an athlete and inspired by her as a human being.

"Lewis and I are super close. I've known him for years. I love that guy. He's a really good friend of mine. The guy is such a champion, has such a champion's mindset," said Williams on the eve of the Roland Garros tournament.

"I look at what he does training, physically, his job, it's really no words for it, to be honest.

"Lewis is so intense. If you know anything, even if you're a fan, you know he lives his life on his sleeve. He's very emotional. He says what he says," continued the American. "That's just who he is. He doesn't care who you are.

"That's one thing I've grown to really appreciate about him, as well."