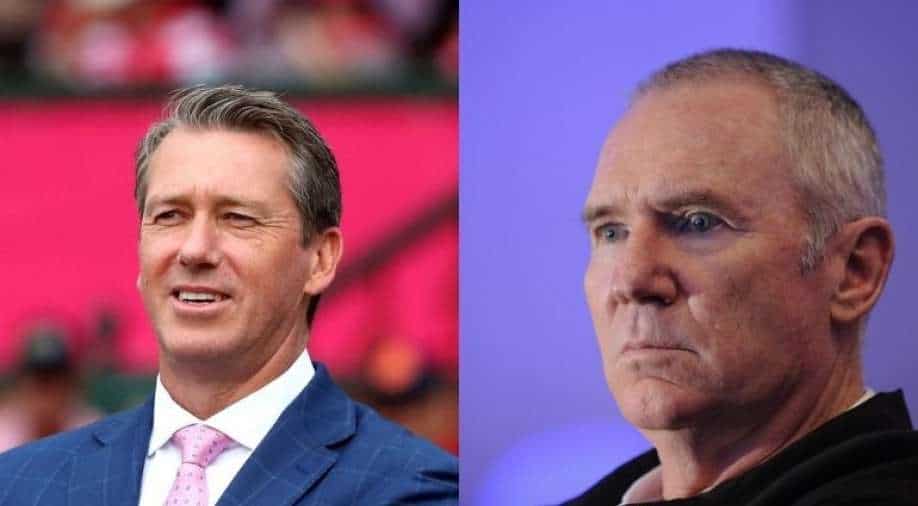 “That is a proper sledge,” said Harsha Bhogle, the host of the show as he and the panellists Sanjay Manjrekar, and McGrath himself broke into laughter.

On Thursday, McGrath asked Border for his opinion on all-rounder Cameron Green, who made his Test debut for Australia on Thursday. Border went on to praise the newbie, however, while doing that he took a cheeky dig at the former pacer and said that Green is probably 10 km/h quicker than what McGrath was when he first started playing first-class cricket.

“He’s an exciting young talent. What I like about him is that he as backed his potential with performance. He’s been scoring lots of runs in Sheffield Shield,” Border said on Sony Sports Network.

“Lot of people have said that he’s the best they’ve seen since Ricky Ponting. You went to the academy with Ponting, so you know what a quality youngster he was and turned out to be one of the greats of the game. So if Green is anywhere near that then we have found a really good cricketer then you throw in the fact he’s around 6 foot 6 and bowls a heavy ball. He’s probably around 10 km/h quicker than you pidgy! (McGrath’s nickname), bowls around 140. So he’s a real deal, don’t worry about that,” added Border.

“That is a proper sledge,” said Harsha Bhogle, the host of the show as he and the panellists Sanjay Manjrekar, and McGrath himself broke into laughter.

McGrath took the dig lightly and was quick to narrate how Border had a lot to say when he first started playing the Sheffield Shield for New South Wales.