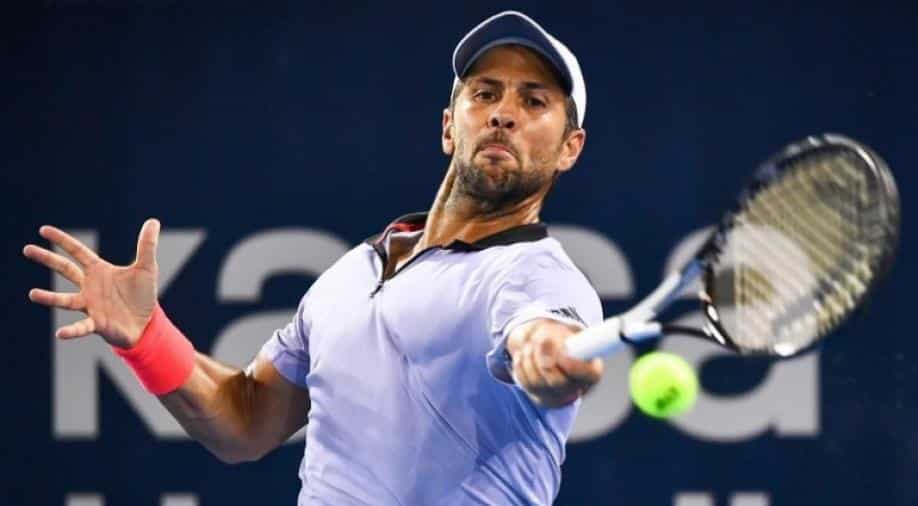 The 34-year-old Spaniard has not commented on the incident, when he aggressively gesticulated at a ball boy to hurry up during last month's Shenzhen Open in China.

Fernando Verdasco's treatment of a ball boy who failed to bring him his sweaty towel fast enough has thrust tennis players' attitudes towards the child volunteers into the spotlight, and could prompt changes.

The 34-year-old Spaniard has not commented on the incident, when he aggressively gesticulated at a ball boy to hurry up during last month's Shenzhen Open in China.

Judy Murray, the former British Fed Cup captain and mother of three-time Grand Slam winner Andy, tweeted: "What about a rule that makes players get their own towels?" Others, while condemning Verdasco's behaviour, pointed out that he is by no means the first tennis player to treat a ball kid harshly.

Last week at the China Open, the Belarusian Aryna Sabalenka was caught in footage shaking an empty bottle in the apparent direction of a ball boy, before tossing it on the floor.

"I don't care how good a tennis player you are but this type of behaviour needs to STOP," tweeted Anne Keothavong, Britain's Fed Cup captain.

At this week's Shanghai Masters, Roger Federer said tennis sets the standard for many sports when it comes to respectful behaviour -- and that must extend to the treatment of ball boys and girls.

"The ball kids are really important to us because they are also maybe the future of our game, like I was," said the Swiss, a ball boy before going on to become a 20-time Grand Slam champion.

"You don't want to have them leaving with feeling, oh my God, I was not appreciated or I was not liked or it was a horrible thing." But Federer, 37, the defending champion in Shanghai, pointed out that emotions run high in the heat of a match and that tennis is more intense now than in the past.

In 2015 Novak Djokovic, now a 14-time Grand Slam winner, apologised to a Wimbledon ball girl after he screamed in her direction, leaving her looking shaken.

The Verdasco incident in particular highlighted the issue of ball kids being asked to handle sweaty and snotty towels for players, many of whom like to wipe their faces after each point.

Federer said that players are under pressure not to hold games, up so it is quicker for the ball boy to hand them the towel rather than fetch it themselves.

"The show's got to (keep) moving on. So all this stuff, it's quite hectic to be quite honest, even though it seems like we have a lot of time," he said on

Tuesday. One solution is a towel rack at the back of the court.

That will be tested out at next month's Next Gen ATP Finals in Milan, which brings together the best players aged 21 and under.

World number one Rafael Nadal has spoken out, saying that he is not a fan because it will slow matches down.

"Maybe I don't prefer that one. Maybe that may take some time," he said. Federer, who said players often use their towel wipe-down to gather their thoughts between points, is happy to see the racks given a go, but has his reservations.

"If now you've got a hook or a rail in the back, I don't know, it's like are you wasting extra three seconds of time each and every point? "Which doesn't sound like a lot, but you add that over a five-hour match, next thing you know, you saw much less tennis."

This year's US Open introduced a 25-second serve clock for all matches, an innovation which will also be used at the Australian Open in January.