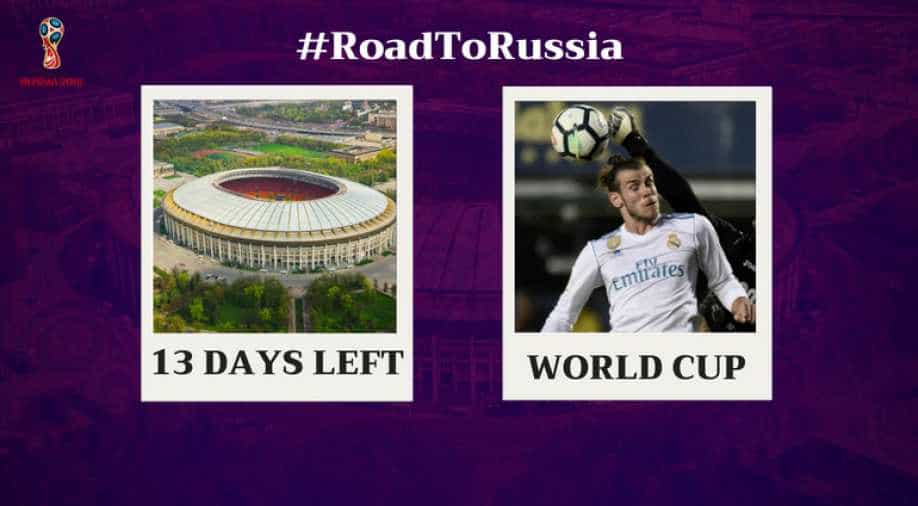 There are 13 days left for the football frenzy to begin as the football World Cup 2018 will kick off from June 14. It is difficult to not believe in the powerful force of black cats and broken mirrors and when it comes to football, the same omen apply as well. Here is a list of 13 unlucky or jinxed footballers in the football world:

Ledley King: Ledley Brenton King is a former English footballer who spent his entire career at Tottenham Hotspur. He played 321 competitive matches for the Spurs before retiring in 2012. He was a great defender and reader of the game from the back but unfortunately, he was extremely injury-prone. A chronic knee injury has plagued his entire career.

Theo Walcott: Theo James Walcott is an English professional footballer who plays as a forward for Premier League club Everton and the English national team. He was once tagged as the as having bags of potential and speed but recurrent injuries hampered his development from star player to a legend.

Gareth Bale: Bale is a Welshman and currently plays for the Spanish giants Real Madrid. His excellence can be seen in the recently concluded Champions League where he scored twice in the finals against Liverpool to clinch the trophy for the third time in a row. He's arguably one of the best wingers, if not players, in the league at the moment but has been struggling with injuries and treated a substitute.

Steven Gerrard: It is difficult to put Steven Gerrard in this category because as a player and captain of Liverpool, Gerrard has won everything: the FA Cup, UEFA Cup, UEFA Super Cup, UEFA Champions League, Carling Cup, FA Community Shield but missed out the most prestigious title of England which is the English Premier League trophy.

Tomas Rosicky: Even Rosicky's name is not worth keeping in the list of jinxed players as he arrived in England with a massive reputation but failed to adopt the demand and pace of the English game. A series of injuries, including one year-long one, meant he was demoted from automatic starter to backup player.

Neymar Jr: Star player of Brazil who has a horrific memory of World Cup 2014 when he fractured a vertebra in his spine in the quarter-finals and was ousted from the tournament. His absence in semi-finals was one of the reasons for Brazil's disastrous defeat against Germany in the semi-final. The poor luck prevailed as just four months before the World Cup 2018 when he got another major injury in the form of metatarsal fracture. It is expected that he will play for Brazil but let's see how he will cope up.

John Terry: This video depicting John Terry's horrid penalty miss in the UEFA Champions League final is enough explanation and reason as to why he's included on this list.

Manuel Neuer: He is a German professional footballer/goalkeeper who is the captain of both Bundesliga club Bayern Munich and the Germany national team. He received the award of Golden Gloves in the World Cup 2014 and is considered as one of the best goalkeepers in today's scenario but from the last September, he has not played any major game. This might affect his performance in the World Cup 2018 which will kick off from June 14.

Mario Gotze: It is nothing less than a poor luck when the World Cup winner scorer has not been included in the provisional squad of Germany for FIFA 2018. Mario Gotze had the potential of a lot more but injuries and health issues reduced the shine and luster of 'once in a century talent.'

Arjen Robben: Sometimes the greatness of a player is not compared with the trophies he has won but a lot of other things matter. He has won, including a UCL, a UEFA Super Cup, a La Liga, three Bundesligas, two Premier Leagues. Although, it is important to look through all the glittery trophies and see the number of chances he missed throughout his entire career.

Michael Ballack: One of the greats of German football and a classic mid-fielder. Although, major titles have always been escaped from him which is nothing but a poor luck. He ran for Ballon d'Or three times but didn't win it once. In the end, one more thing to be told, Ballack wore jersey no. #13 all his career, which might explain why.