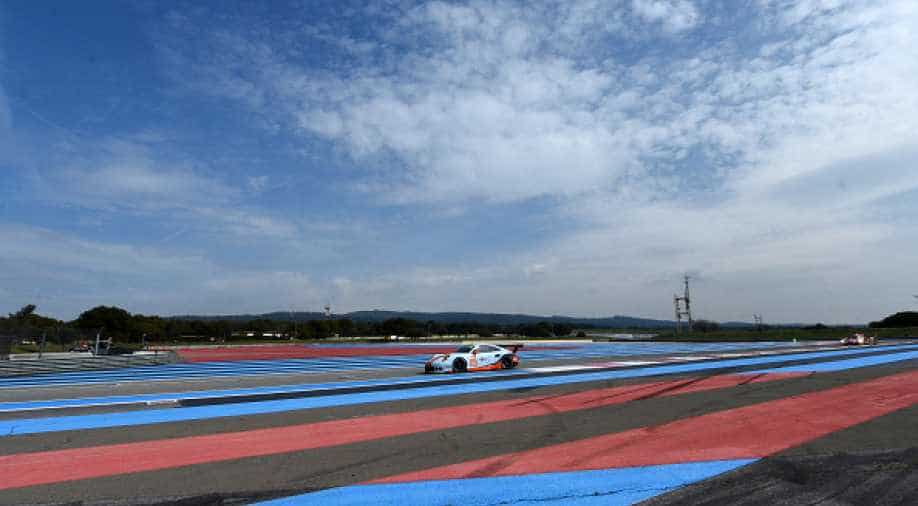 The French Grand Prix is returning to the Formula One calendar in 2018 after a decade-long absence at Le Castellet's Paul Ricard circuit near Marseille, organisers announced on Monday.

"The French Grand Prix is making its comeback," Christian Estrosi, president of the Provence-Alpes-Cotes d'Azur region told a press conference in Paris.

Estrosi made the announcement at the Automobile Club de France which helped stage the first ever grand prix in 1906.

The desired optimal date for the new French race would be late August or early September 2018, between the usual dates for the Belgium and Italian GP races.

French driver Romain Grosjean was one of the first to welcome the news.

"Really super happy for all the French fans who will have their Grand Prix and who can come and support us" the Haas team driver posted on Twitter.

Felipe Massa in a Ferrari won the last F1 race staged in France in 2008 at Magny-Cours, when a major budget deficit was shouldered by the French state and local authorities.

The Paul Ricard venue has held 14 F1 races in all between 1971 and 1990 when French four-time champion Alain Prost was victorious.

"We lost this GP in 1990, it's returning now to Provence and that's only right for our region," Estrosi observed.

"It's a venue that is both recognised and appreciated," Estrosi declared.

He said the cost of staging the race had been estimated in an independent audit at 30 million euros - 14 million coming from local authorities and the balance from direct revenue.

"And the impact on the local economy will be 65 million euros," he added, quoting figures from the audit into the project conducted by international consultants Deloitte.

Estrosi disclosed that it was only last month that he believed F1 would return to his region.

"The crucial moment was when we met (F1 supremo and the track's former owner) Bernie Ecclestone, on November 16 in Geneva with (FIA) president Jean Todt.

"We put all the numbers involved on the table, he believed us and I felt that he had confidence in us."

The circuit is named in honour of the man who used to bankroll it, the late industrialist who made his fortune from pastis.