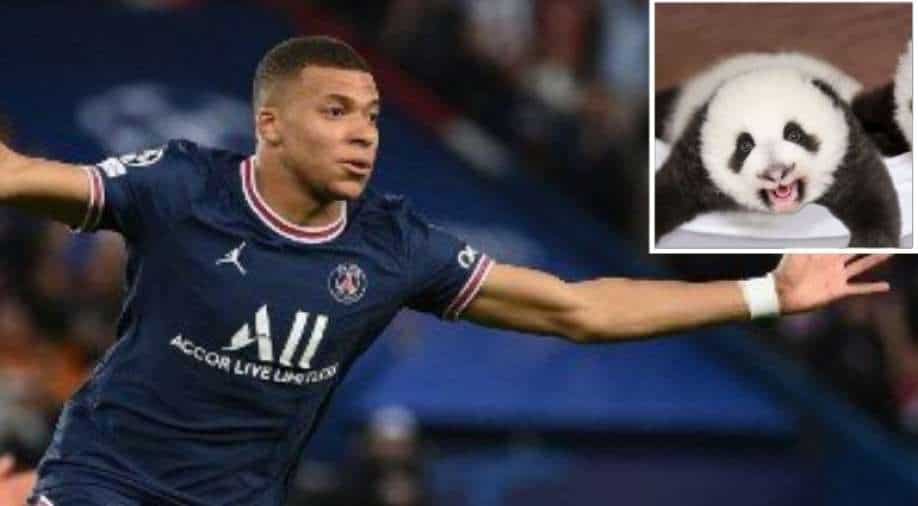 China's Zhang Jiaqi, gold medalist in 10-meter synchronised diving at the Tokyo Olympics, will be the godmother of the other baby panda

French footballer and Paris Saint-Germain star Kylian Mbappe will be godfather of one of the panda twins born at the Beauval zoo at the beginning of August this year. Meanwhile, China's Zhang Jiaqi, gold medalist in 10-meter synchronised diving at the Tokyo Olympics, will be the godmother of the other baby panda.

Mbappe and Jiaqi will reveal the final Chinese names of the panda babies during an official ceremony scheduled for November 18. The panda babies are nicknamed Little Snow and Cotton Flower.

"It's an honour for the zoo to have top athletes leaning over the pandas' cradle. And their involvement shines a light on the protection of threatened species protection and on the environment. The baby pandas are in good health, they weigh four kilos each, have opened their eyes and started to move" the zoo director Delphine Delord told AFP.

"Through this official commitment to the two baby panda bears, these two great champions show their involvement in the protection of biodiversity. They are therefore committed to the animal kingdom by supporting our actions to protect and preserve endangered species," the official site of Beauval zoo wrote.

Only 2000 pandas remain alive in the wild although the International Union for the Conservation of Nature (IUCN) removed them from the red list of endangered species in 2016. The cubs are the offspring of Yuan Zi and Huan Huan who were loaned to France by China a decade ago.