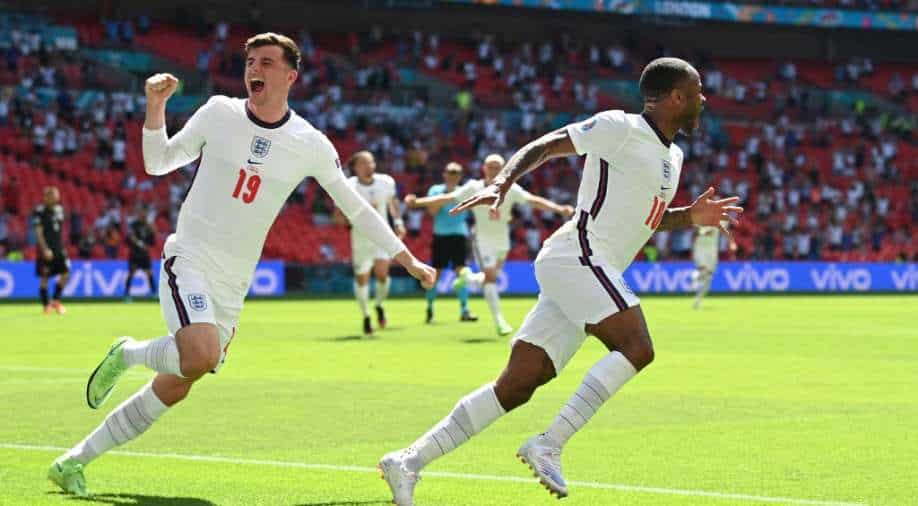 England on Sunday started their Euro 2020 campaign with a 1-0 win over Croatia with Raheem Sterling scoring the winner for the Gareth Southgate-managed side.

England on Sunday started their Euro 2020 campaign with a 1-0 win over Croatia with Raheem Sterling scoring the winner for the Gareth Southgate-managed side.

Southgate sprung a few surprises in his line-up as he named Kieron Tripper as the left-back while starting with the front three of Sterling, Harry Kane and Phil Foden. Mason Mount, Declan Rice and Kalvin Phillips made up the midfield three whereas John Stones, Tyrone Mings and Kyle Walker completed the defense.

England started the match by dominating possession as the English players passed the ball around. With Kane heavily marked, Foden and Sterling started to run behind Croatia’s defense. However, the break came after Phillips found Sterling sprinting into the box diagonally. The Manchester City winger slotted the ball home to give England their first goal of Euro 2020.

"It feels good. I've always said, if I played at Wembley at a major tournament, I'm scoring... Honestly, there's a lot of different reasons why I haven't scored a lot for Man City, but that's irrelevant now. I'm just happy to score for England,” said Sterling after the 1-0 win over Croatia.

Croatia started to attack the ball a bit more after trailing in the match but the lack of quality going forward haunted him throughout the course of the match.

Harry Kane and John Stones were taken off in the second half. While Kane was taken off as a precautionary measure after he collided with the goal-post, Stones suffered tight leg muscle.

England will look to take the winning momentum into the next set of game in their group. England next face Scotland on June 19 at Wembley.