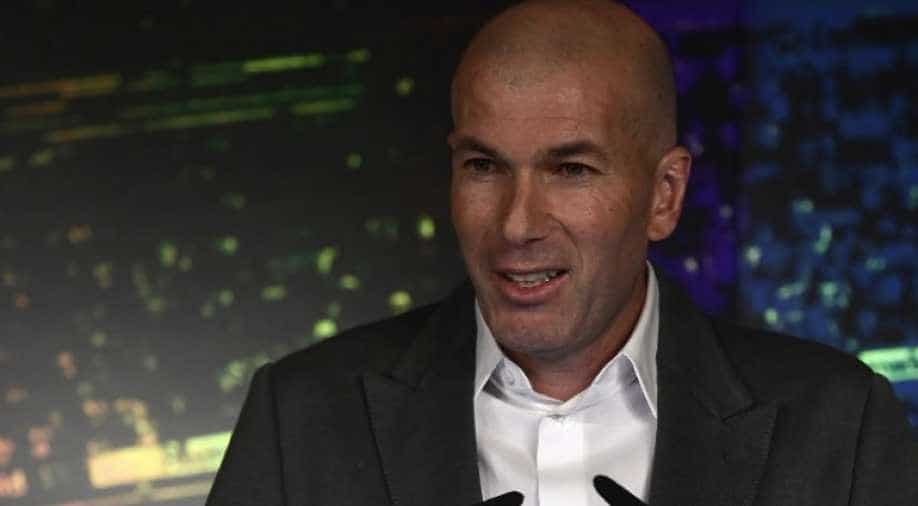 Twitter reacts to Zinedine Zidane's resignation followed by his open letter to the fans:

Football fans took to Twitter as they expressed their opinions following Zinedine Zidane's open letter to supporters after leaving his role as the manager of Real Madrid. Zidane, in his letter, accused Los Blancos president Florentino Perez of lacking respect.

On the first day of June 2009, Zinedine Zidane strolled into an advisory role in the workplace of Florentino Perez, manager of Real Madrid. In November of the next year, he was designated as an adviser to Madrid's first group on the proposal of then Real Madrid manager, Jose Mourinho.

From brandishing director in 2011 to assistant mentor to Carlo Ancelotti in 2013 to the coach of Madrid's B group in 2014 and to being selected head coach of Real Madrid in January 2016, Zinedine Zidane's managerial career was an exciting ride, yet one focused on his previous club as he deliberately scrambled up from the lower part of the evolved way of life to the top.

It was new surrounding factors for him, strange waters, even, yet Zinedine Zidane was able to show the world that he actually got that sorcery wand he generally waved around on the field as a player. He was all set to compose another fantasy, yet this time around he was able to do it from the hole and, likely this time as well, do it with a glad consummation on the cards.

In an open letter to the Real Madrid fans he said:

"For more than 20 years, from the first day I arrived in Madrid and wore the white shirt, you’ve shown me your love. I’ve always felt that there was something special between us. "I have now decided to leave and I want to properly explain the reasons. I’m going, but I’m not jumping overboard, nor am I tired of coaching. In May 2018 I left because after two and a half years, with so many victories and so many trophies, I felt the team needed a new approach to stay at the very highest level. Right now, things are different. I’m leaving because I feel the club no longer has the faith in me I need, nor the support to build something in the medium or long term.”

ALSO READ: Football: 'Leaving because Real Madrid no longer has faith in me' - Zinedine Zidane pens open letter to fans

Twitter reacts to Zinedine Zidane's resignation followed by his open letter to the fans:

Even after a trophyless season, the way majority of Real Madrid’s fans wanted Zidane to stay says it all about him as a person and as a manager. He symbolises what Real Madrid is supposed to be. There’s nobody better than him for this club. The energy he transmits is special.

The fact that Zinedine Zidane, a man famed for his calmness and secrecy in front of the media, is coming out and speaking about the lack of support should tell you all you need to know.

Pérez failed him and is failing the club.

Fix up or get out.

How do you fail to put your full trust in a manager that brought you three Champions League trophies in a row and two La Liga titles. Zidane deserved better. This is unforgivable. The manager didn’t need changing, the people who run the club do.

Difficult to imagine Florentino calling Zidane next February to come back and save them, after they've cycled through two more coaches in meantime.

Be that as it may, as the fans all the while commending the remarkable accomplishment of this perfectly tuned symphony of a football crew, Zinedine Zidane announced his resignation.

An enormous part of the football world wars tossed into stun, into absolute mistrust, at the breaking of this news. In any case, for the individuals who have meticulously followed his groundbreaking vocation from a splendid player to an incredible coach, they could just grin and cheer in enthusiasm for a man who has at last taken in his exercise.

He came, he saw, he conquered and he left. His legacy shall remain untouchable in football.