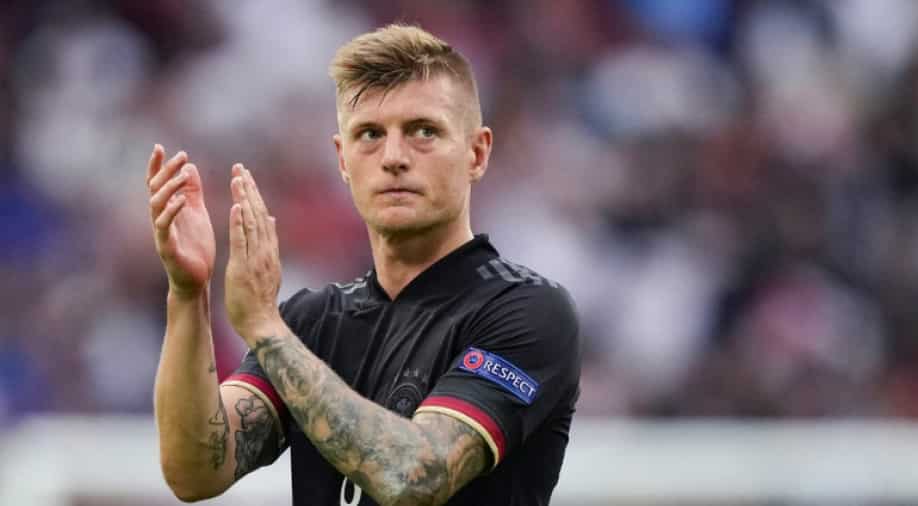 Since making his debut in 2010, Toni Kroos has proceeded to acquire 106 caps for Germany, scoring 17 goals en route.

Toni Kroos decided to retire from international football after Germany's Round of 16 exits against England at Euro 2020. Germany had a frustrating Euro 2020 mission. Notwithstanding beating Portugal in the league stage, Die Mannschaft were poor against any semblance of France and Hungary prior to losing the Round of 16 clash against rivals England at Wembley Stadium.

Toni Kroos reported the choice to retire from international footfall via online media on Friday. The 31-year-old uncovered that Euro 2020 was his last significant competition regardless of the 2022 World Cup nearby. Toni Kroos' post peruses:  "I have played for Germany 106 times. There won't be another one. I would have loved, and I gave it my all once again, to end up with 109 caps and that one big title, the European Championship title, would have come at the end. I had already made the decision to retire after this tournament. It had been clear to me for some time that I wouldn't be available for the 2022 World Cup in Qatar."

Toni Kroos has likewise communicated his desire to continue playing for his club with Real Madrid: "Above all, I want to concentrate fully on my goals with Real Madrid over the next few years. From now on, I'll be consciously allowing myself breaks that I haven't had as a national player for eleven years. And I also want to be more of a husband and dad to my wife and three children."

Since making his debut in 2010, Toni Kroos has proceeded to acquire 106 caps for Germany, scoring 17 goals en route. Regardless of a less than impressive display at Euro 2020, the current Real Madrid man will consistently be associated with his chivalrous exhibitions in Germany's 2014 World Cup-winning effort.

With Toni Kroos' retirement, Germany should depend on the up-and-coming age of midfielders in Joshua Kimmich and Leon Goretzka to bring them through impending competitions. The Bayern Munich pair are more than capable, however, Toni Kroos' retirement actually eliminates an amazingly talented and experienced player from the Germany list.