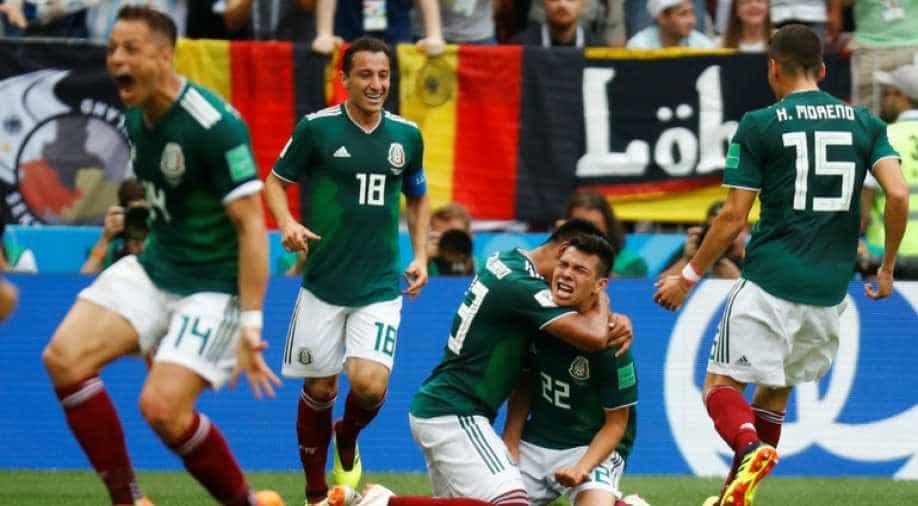 Germany were stunned 1-0 by Mexico in the opening game of their World Cup defence at Rostov Arena, Rostov-on-Don on Sunday.

The holders haven’t won their opening game in four of the last five World Cups.

Hirving Lozano finished off a sharp counter-attack to restrict the four-times winners who were unstoppable in their warm-up games.

Germany's defence had looked stretched to breaking point on several occasions in the opening half-hour.

Germany had a chance to level late in the half when a Toni Kroos free-kick was touched on to the bar by goalkeeper Guillermo Ochoa, and they gradually took command once Marco Reus joined the fray after an hour and introduced some pace to their attack.

But despite almost constant pressure, they were largely kept at long range.

Their game today rarely threatened Ochoa as Mexico held out for only their second victory against the Germans in 12 attempts.