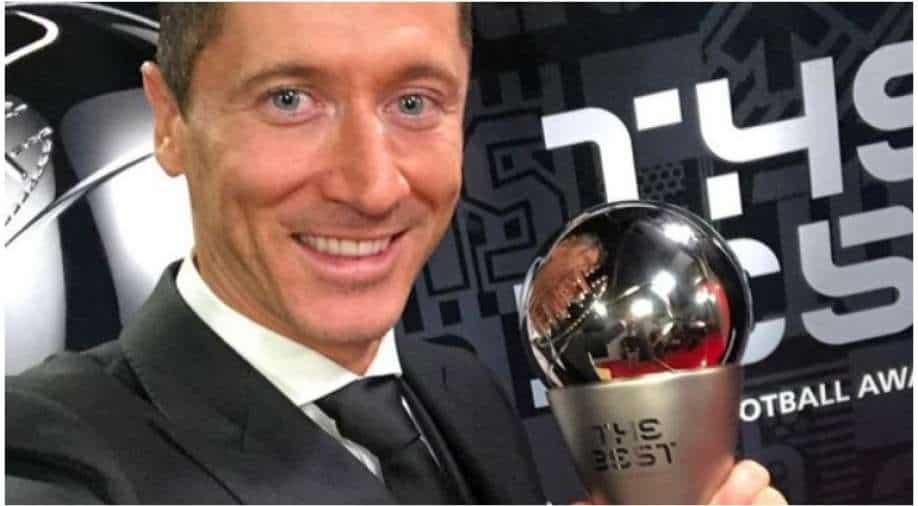 On Monday (January 17), the Best FIFA Football Awards 2021 were held. The sixth edition of the Best FIFA Football Awards took place at the FIFA headquarters in Zurich. Polish player Robert Lewandowski walked past Lionel Messi, Mohammed Salah and the likes to be crowned the The Best Men's player 2021. For the unversed, Lewandowski had brought an end to Messi and Cristiano Ronaldo's dominance to win the same award last time around as well.

Lewandowski has been on a roll in the last few years. Last season in the Bundesliga, the 33-year-old Polish captain had broken the legendary Gerd Mueller's record by scoring 41 goals in a single campaign. In the last calendar year, Lewandowski scored a staggering 69 goals for club and country. With him winning the top award for the second time, Lewandowski has also come at par with Ronaldo (also having two such top honours under his belt).

It is to be noted that Lewandowski had lost the Ballon d'Or 2021, however, he has a lot to cherish for with his latest triumph, beating some tough competitors in the process.

Talking about the women's category, Barcelona superstar Alexia Putellas emerged at the top. Putellas has been having a dream run, having already won the Ballon d'Or 2021 earlier.

The award ceremony is organised by the apex football governing body, i.e. (Fédération Internationale de Football Association) FIFA. Though the Ballon d'Or award ceremony was cancelled due to the COVID-19 pandemic in 2021, The Best FIFA Football Awards ceremony went ahead virtually.

On the occasion, the FIFPro World XI was also announced: