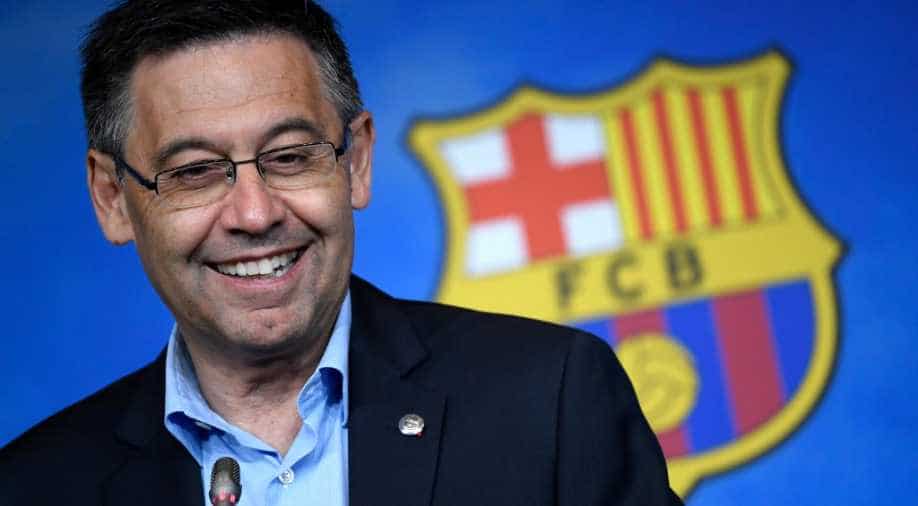 "The information and documentation requested by the judicial police force relate strictly to the facts relative to this case."

FC Barcelona on Tuesday have released a statement after police raided the offices of the club while carrying several arrests, including former Barca president Josep Bartomeu on Monday.

The statement read: "Regarding the entry and search by the Catalan Police force this morning at the Camp Nou offices by order of the Instructing Court number 13 in Barcelona, which is in charge of the case relating to the contacting of monitoring services on social networks, FC Barcelona have offered up their full collaboration to the legal and police authorities to help make clear facts which are subject to investigation."

"The information and documentation requested by the judicial police force relate strictly to the facts relative to this case."

"FC Barcelona express its utmost respect for the judicial process in place and for the principle of presumed innocence for the people affected within the remit of this investigation."

Along with Bartomeu, chief executive Oscar Grau and legal head Roman Ponti were also arrested or their role in the much-talked-about BarcaGate scandal, where the Spanish club reportedly hired and overpaid a company to smear some of the club's footballers, including Lionel Messi, and political opponents.

In 2020, it was claimed that the Spanish giants had paid a whopping sum to a social media company in a bid to carry online criticism of important club figures in what turned out to be a scandalous 'Barcagate'.

Allegedly, the likes of Lionel Messi, Pep Guardiola, Xavi and Gerard Pique were among those targeted by I3 Ventures in a three-year smear campaign'. The reason behind the attacks included Messi's reluctance to pen a new deal at the Camp Nou while iconic defender Pique was attacked for his project to revamp the Davis Cup.

However, Barcelona's then-president Bartomeu had denied the accusations. However, eight Barcelona members decided to launch an official police complaint which resulted in an investigation.

Emili Rousaud, who resigned as Barcelona vice president in March last year, said in an interview with RAC1: "If the auditors tell us the cost of these services is 100,000 euros and we have paid one million, it means someone has had their hand in the till." The club took legal action against him.

Rousaud was among six Barca executives to leave their posts, with a joint letter citing the controversy as a key issue needing to be resolved.

Bartomeu said the company had been hired only to monitor posts on social media and announced an internal audit by PricewaterhouseCoopers, which cleared the club of financial corruption in July.