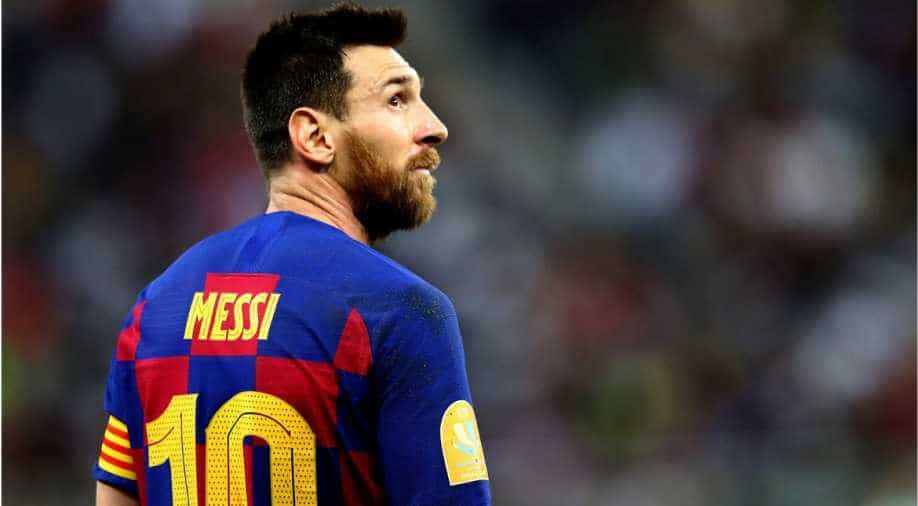 But the six-time Ballon d'Or has shut these rumours by posting an Instagram story calling it "fake news".

Barcelona superstar Lionel Messi has been in news recently after transfer rumour emerged on social media that the Argentine was moving to Inter Milan this summers.

But the six-time Ballon d'Or has shut these rumours by posting an Instagram story calling it "fake news".

The striker has even denied a move to his childhood club to Newell's Old Boys.

There were certain rumours about Messi paying the bail money to help his former teammate Ronaldinho's release from a Paraguayan jail.

"What they said about Newell's Old Boys a few weeks ago is also false, thank God no one believed them," Messi added in the Instagram post. 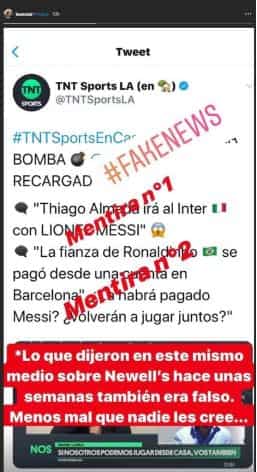 According to Reuters, Brazilian legend Ronaldinho Gaucho was released from jail into house arrest in Paraguay on Tuesday after he and his brother paid $1.6 million in bail.

Messi slammed the reports and has hinted to stay at Barcelona at least until the end of his current contract that expires in 2021. Messi has had a troubled relationship with Barcelona's top brass in the recently. The Argentina superstar had slammed Barcelona sporting director Eric Abidal over his comments on players not working hard which sparked off the rumours of Messi not staying in the club.