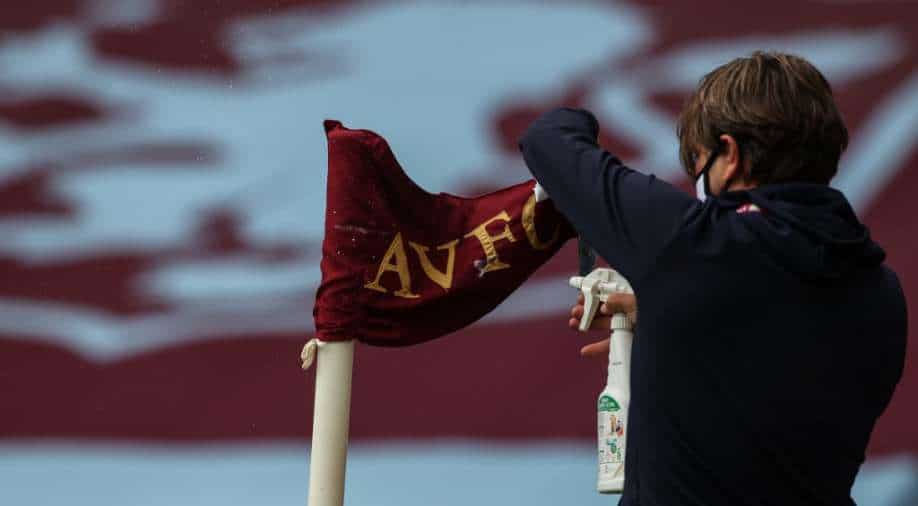 Aston Villa have confirmed that their Friday’s FA Cup third-round encounter against Liverpool will be played as per scheduled despite many of their first-team players and staff testing positive for coronavirus.

Aston Villa have confirmed that their Friday’s FA Cup third-round encounter against Liverpool will be played as per scheduled despite many of their first-team players and staff testing positive for coronavirus.

Villa were forced to shut their training ground on Thursday with concerns that they would have to forfeit their match against Jurgen Klopp’s side.

"Aston Villa can confirm that the Emirates FA Cup third-round tie with Liverpool will be played at Villa Park this evening," read a brief statement on the club's website.

As per reports, no first-team player will participate in the FA Cup tie with 10 players in the first-team bubble testing positive for the virus.

With no Steve Bruce available, under-23s coach Mark Delaney is expected to take charge of a side assembled with under-18 and under-23 players.

The recent outbreak at Villa also put their upcoming Premier League matches in doubt. They are set to face Tottenham Hotspur on Wednesday before taking on Everton on January 16.

There are further concerns over the Premier League 2020-21 season fate with infection rising sharply in Britain.

A record-high 40 positive tests were detected among Premier League players and staff in the week between December 28 and January 3.

Newcastle United’s match against Aston Villa in December 2020 was the first top-flight match to get postponed by COVID-19 outbreak.

Magpies manager Steve Bruce questioned the morality of playing on as the pandemic worsens.

"The speed which it hit our club within a week, and ripped through, is something which all clubs will be looking at now," he said.

"It's difficult to contain and it leaves people sick. Financially it's right to play on but morally, for me, it's probably wrong."