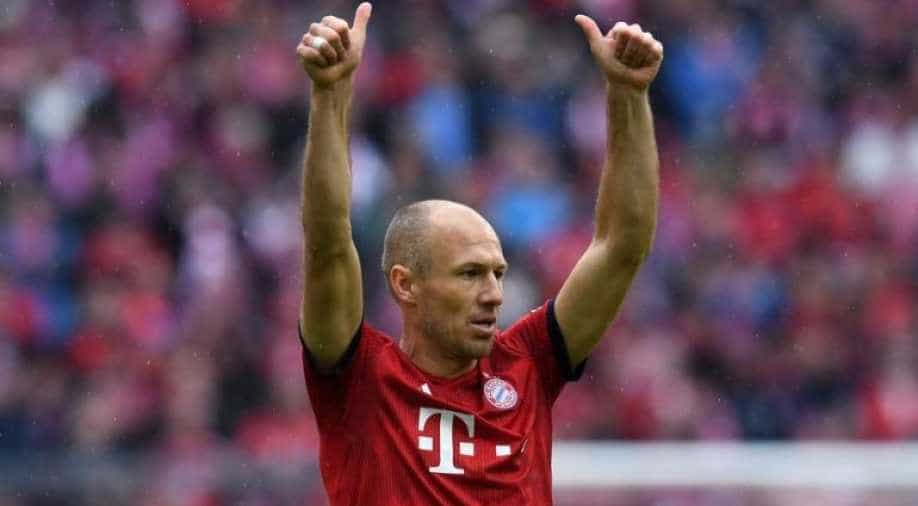 Arjen Robben has retired from football, foregoing the chance for a few more seasons in his native Netherlands, the 35-year-old Dutch international said on Thursday.

"I’ve been thinking about it a lot over the last weeks. As everyone knows I have taken time after my last game at Bayern Munich to make a decision over my future," he said.

"And I have now decided to end my career as a professional footballer," Robben said.

Robben won 12 league titles in a glittering career and 96 caps for his country including playing in the 2010 World Cup final in Johannesburg.

He won eight with Bayern, where his contract ended last month; two at Chelsea and one each at PSV Eindhoven and Real Madrid.

“My love for the game and the conviction that I can still take on the world was up against the reality that things haven’t always gone the way I would have hoped and that I’m no longer a youngster of 16 who has no idea what injuries can do to you,” he said in his statement.

Robben has been beset with injury, particularly in his last seasons in the Bundesliga.

He had already quit international football in October 2017, scoring both goals in a 2-0 win over Sweden.

"It is maybe a cliché but there is nothing nicer than playing for your country. I finally said goodbye after 96 caps. I was able to take part in six major tournaments and, in my last years, captained the team. Altogether an unforgettable time that I will always treasure," he said.

“It is now time for the next chapter and I‘m looking forward to spending more time with my wife and children and enjoy all the good things that lie ahead for us," Robben said.